LeBron James Says He Doesn't Discuss His Career With His Kids

By Joseph Gibson on February 27, 2019 in Articles › Celebrity News

Few people in history have had more impressive careers than LeBron James. But if there are any people out there who don't realize this fact, his three children might be among them, since James says he doesn't talk about his career at length with them. The remarks came at Nike's recent "Own the Game" All-Star Weekend exhibit in Charlotte, where James spoke on his parenting philosophy.

"I don't even really talk about my career in front of my kids…I think those things are kind of second nature of what it means to be a family man. 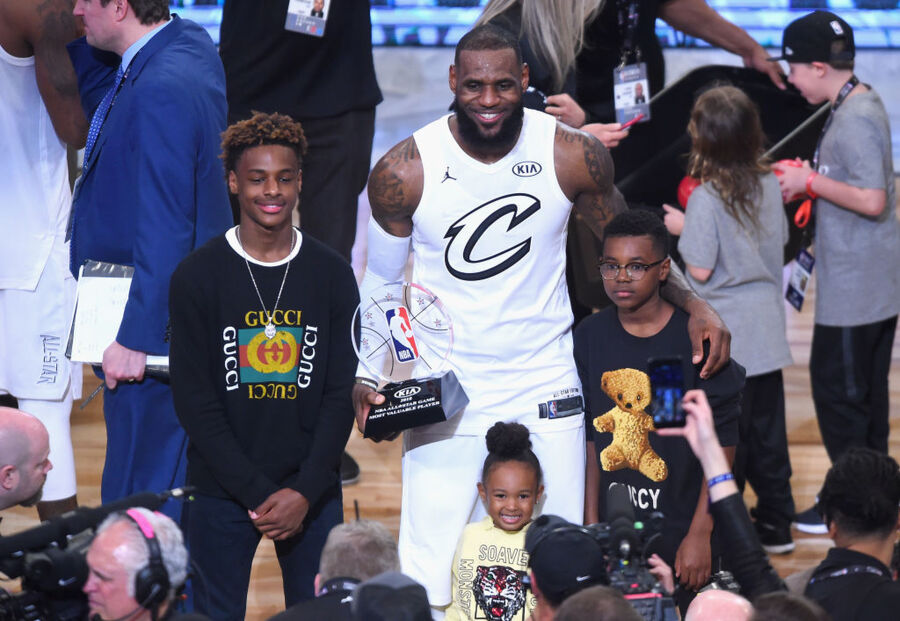 James has three kids: Sons LeBron "Bronny" James Jr., Bryce, and younger daughter Zhuri. And Bronny, the oldest, is already following in his father's footsteps in basketball, distinguishing himself as a high school basketball star already getting offers from colleges at age 14. LeBron Sr. has expressed his desire to one day play in the NBA at the same time as his son, but he's also expressed trepidation about the pressures and expectations that might come with sharing a name with one of the greatest basketball players of all time. On an episode of the HBO reality series The Shop, he spoke on the subject in a similar vein to his more recent words:

"I still regret giving my 14-year-old my name because of [the expectations that come with it]…Like, when I was younger I didn't have a dad. So my whole deal was, when I have a kid, not only is he going to be a junior, I'm gonna do everything that this man didn't do. They're going to experience things I didn't experience. The only thing I can do is give them the blueprint and it's up to them to take their own course whenever that time comes."

In Charlotte, James went on to explain that all he can do is hope that this "blueprint" gives his kids the opportunity to succeed in whatever they try to do, and it's clear that this concept is something he's put a lot of thought into.