LeBron James' Education Pledge Could End Up Costing Him $105 Million

By Joseph Gibson on August 5, 2018 in Articles › Celebrity News

LeBron James' recently unveiled I Promise School in Akron, Ohio is one of the coolest acts of celebrity philanthropy in a very long time. But in addition to funding the school himself, by his 2015 pledge to send as many as 2,300 kids to college through the LeBron James Family Foundation alone could end up being a significant financial commitment, as a recent analysis shows it could end up costing as much as $105 million or even more, all told.

That figure comes from current tuition costs at the University of Akron, where every student who graduates with at least a 3.0 GPA from the I Promise School will be guaranteed a scholarship. Back in 2015, James explained his rationale for making such a generous pledge:

"It's the reason I do what I do. These students have big dreams, and I'm happy to do everything I can to help them get there. They're going to have to earn it, but I'm excited to see what these kids can accomplish knowing that college is in their futures." 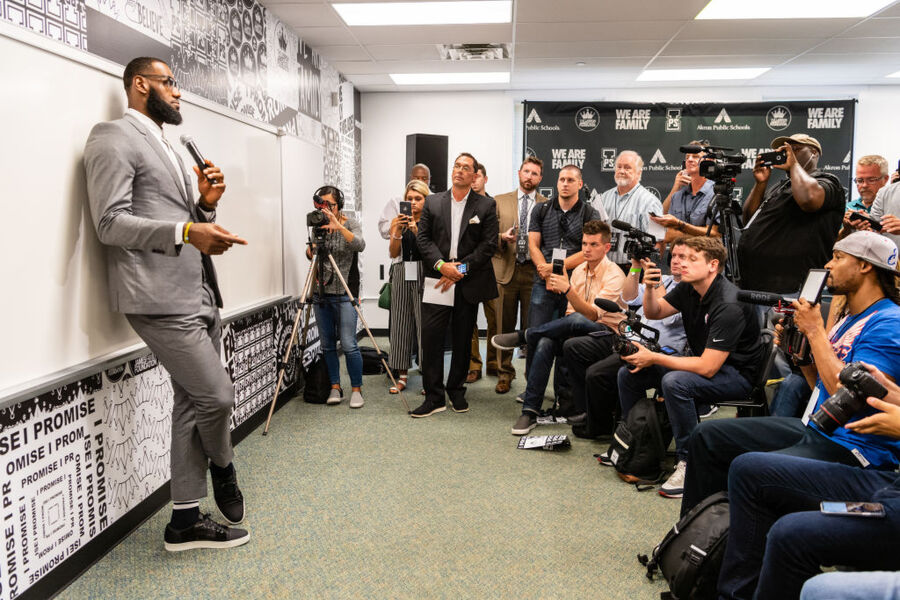 Right now, the I Promise School's first wave of students will be 240 at-risk third and fourth graders, with plans to expand to a student body with more than a thousand kids. A spokesman for LeBron James' foundation has said that the final cost of the pledge isn't possible to calculate now, since tuition rates fluctuate (usually in an upper direction), and also due to the fact that fewer than 2,300 kids might end up qualifying for the scholarship.

As of this writing, one year's worth of college at the University of Akron, tuition and associated fees included, comes to $11,466. Multiplied by a standard four-year degree, that reaches almost $46,000, and if you multiply that by 2,300 kids you get almost $105 million, for which the LeBron James Family Foundation could be on the hook. But it's obvious that it's worth it to James, and he has referred to the I Promise School as the most important thing he's done in his entire career.