By Brian Warner on February 15, 2015 in Articles › Celebrity News

Dating is tough. It's awkward. It's expensive. It's exhausting. You gotta get all dressed up. You gotta pretend to be interested in a total stranger's boring stories. You gotta hold in all your farts for an hour, or two. Ugghhh. It's the worst. And contrary to what you might assume, dating is actually even harder when you are a celebrity. Don't believe me? Wait 'till you hear what happened to Tyrese Gibson last night; it is pretty amazing!

Tyrese Gibson was out on a date. It's unclear if this was a first date, but it sounds as though if it wasn't, it was certainly very early on in the relationship. Then again, they were out together on Valentine's Day…so who knows. 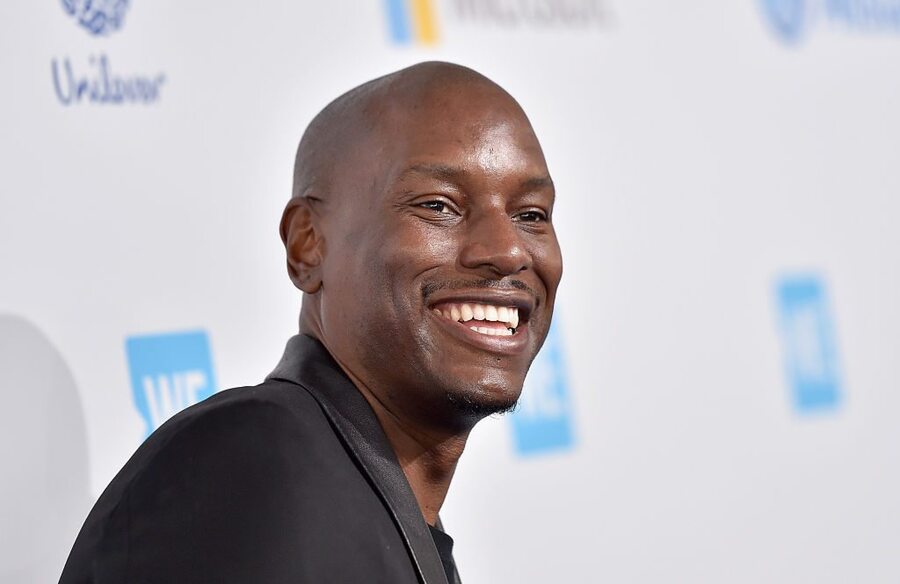 At some point during the conversation, Tyrese asked to borrow his date's phone so he could Google something (his phone had died). When he opened Safari, guess what popped up as the last webpage she was looking at…Oh you know, just a little website called CelebrityNetWorth.com. And not just our homepage, but Tyrese's net worth page! Ha ha ha ha!!! 🙂

Busted! Apparently this curious little girl was doing some research just as the date was getting started! Not a bad idea. I hope this becomes a trend!

Unfortunately, Tyrese was not amused. As soon as the date was over and his phone was recharged, he posted the following rant to his 2.7 million instagram followers: 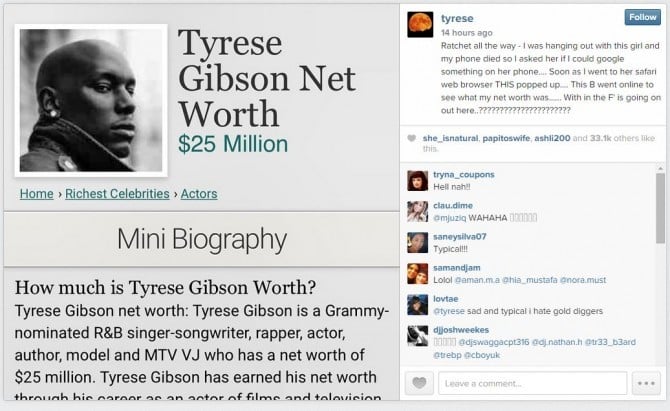 By the way, according to Urban Dictionary, a "ratchet" is a diva, mostly from urban cities and ghettos, that has reason to believe she is every man's eye candy.

I love that this happened. So freaking hilarious! CNW is being used by star-f!cing gold diggers to pre-screen their celebrity targets! Amazing.