By Brian Warner on November 27, 2016 in Articles › Celebrity News

Over the years, we've written several interesting stories involving the formation of unique philanthropic foundations. #1) On October 2nd, we wrote about GoPro founder Nick Woodman's impressive decision to set aside $500 million worth of his personal shares to establish the Jill + Nicholas Woodman Foundation. Nick had to get special permission from his investment bank and the SEC to pull this donation off, and it initially caused the stock to crash (it has since recovered). #2) Also on October 2nd, we wrote about how Duty Free Shoppers founder Chuck Feeney donated $46 million to a charity that will promote shared education between Protestant and Catholic children in Northern Ireland as well as provide support for people with dementia and their caregivers. After this final donation, Feeney will have officially given away all but $2 million of his fortune which at one point topped $7.5 billion. #3) On October 10, we wrote about how a false newspaper headline inadvertently inspired Alfred Nobel, the inventor of dynamite, to use his massive fortune to establish the Nobel Prize.

All these incredible stories about philanthropists got us wondering: What are the largest private foundations in the US? How much money do they control and where'd their money come from originally?

In order to compile this full list of the top 100 private foundations, I reached out to a friend who works for a large foundation in New York City. I thought this was going to be a huge task, but it turns out all private charities in the US are required to report their assets to the IRS every year. So once we knew where to look, the rest was fairly easy to organize.

As you might have guessed, a list of the largest foundations in the US features some very famous last names. You'll recognize modern business tycoon like Gates, Walton and Bloomberg. There are also plenty of old money names like Ford, Rockefeller and Kellogg. 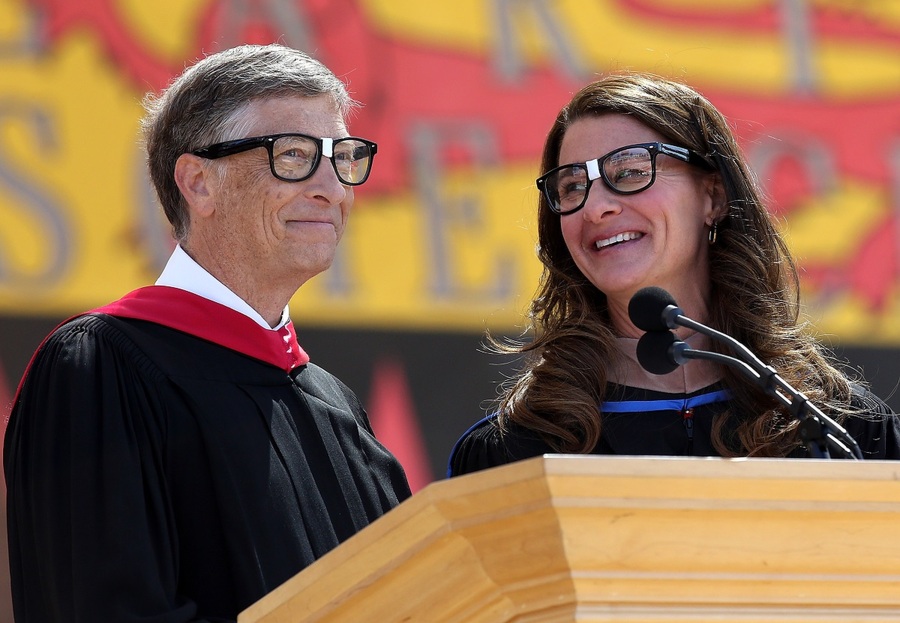 One interesting thing to note is the difference between a "spend down" foundation and one that is designed to live in "perpetuity". Modern philanthropists seem to prefer setting up spend down foundations which is one that aims to give away all assets in a relatively short period of time. For example, the Bill & Melinda Gates Foundation plans to have given away all of its assets within 20 years of Bill and Melinda's deaths. Old school tycoons like Ford, Kellogg and Rockefeller seem to prefer setting up foundations that live on for as long as possible by giving away only the profits produced by interest. That's how charities like the Rockefeller Foundation and the Carnegie Corporation have managed to stick around for over 100 years while still controlling a combined $6.4 billion. It's not my place to say which system is better for the world, but I do hope I'm in the position to make that decision myself some day!

Some highlights of the list below: The Gates Foundation is not only the largest in terms of total assets ($40 billion), it also gave away more money than any other private charity last year ($3.18 billion). The Lilly Foundation, which controls $7.7 billion, almost exclusively donates to charities within Indianapolis, Indiana. That's an absolutely enormous foundation relative to such a small funding area. The George Lucas Family Foundation currently has $1.14 billion. After George sold Star Wars to Disney for $4 billion, he announced that all of the proceeds will eventually be handed over to his foundation. If that happens, the Lucas foundation could instantly catapult from #66 below to #12. In total, the 100 charities listed below control just under $270 billion.

The Top 10 Largest Private Philanthropic Foundations In the US:

Source: Microsoft and diversified investments. The Gates Foundation has four areas of focus: 1) Global Development Division – "works to help the world's poorest people lift themselves out of hunger and poverty" 2) Global Health Division – "aims to harness advances in science and technology to save lives in developing countries" 3) United States Division – "works to improve U.S. high school and postsecondary education and support vulnerable children and families in Washington State" 4) Global Policy & Advocacy Division – "seeks to build strategic relationships and promote policies that will help advance our work."

Source: Established in 1936 by Ford Motors founder Henry Ford and his son Edsel with the simple mission to "Advance Human Welfare". In 1969 the foundation gave $1 million to the Children's Television Workshop to fund a new program called Sesame Street.

Source: Jean Paul Getty was the first person to discover oil in a little country called Saudi Arabia. He was famously cheap despite being the richest person on earth and the first person to have $1 billion in personal net worth. Getty initially refused to pay the ransom for his kidnapped grandson and only agreed after the kidnappers cut off the grandson's ear and mailed it to the billionaire. The Getty museums in Los Angeles contain some of the most cherished works of art in any private collection on the planet.

Source: Established in 1972 by Robert Wood Johnson II, whose father co-founded Johnson & Johnson. The foundation is the largest philanthropy in the US that is focused solely on health care. Every year the foundation makes $400 million worth of grants to various health-related causes especially in the areas of childhood obesity, poverty and training of doctors and nurses.

Source: William Hewlett was the co-founder of Hewlett-Packard. Their foundation "support educational and cultural institutions and to advance certain social and environmental issues." Every year the foundation aims to give away $200-300 million in grants. Most grants are well under $1 million, but the foundation has given several very large gifts to Stanford University, UC Berkeley and the Climate Works Foundation.

Source: Will Keith Kellogg was the founder of Kellogg's, makers of all your favorite breakfast cereals. WK Kellogg established his foundation in 1934 with $66 million worth of company stock. That was equal to roughly $1 billion at the time. Today the foundation controls over $8 billion in assets.

Source: Established in 1937 by Josiah K. Lilly, Sr, son of the founder of pharmaceutical giant Eli Lilly and Company. The foundation is primarily focused on promotion religious and educational causes and, as we mentioned previously, almost exclusively donates to organizations located within Indiana.

Source: David Packard was the other co-founder of Hewlett-Packard (see #5 above). Their foundation's goal is to "improve the lives of children, enable creative pursuit of science, advance reproductive health, and conserve and restore earth's natural systems."

Source: John D. MacArthur made his first fortune in the insurance business through his company Bankers Life and Casualty Company. He then increased his fortunes greatly by investing in Palm Beach, Florida real estate. His foundation has given away over $4 billion since being established in 1975. The foundation funds a wide variety of causes but is probably most famous for awarding its annual MacArthur "genius grants".

Source: Gordon Moore is the co-founder of Intel. The foundation "seeks to develop outcome-based projects that will improve the quality of life for future generations." In recent years, the foundation has been focused on improving patient care programs and environmental conservation. In 2007, the foundation gave $100 million to establish a nursing school at the University of California, Davis.

Full List of the Top 100 Foundations By Asset Size: