By Joseph Gibson on May 3, 2012 in Articles › Celebrity News

Former member of boy band N*Sync and aspiring astronaut Lance Bass wants to show the world he's still "got it." And if you judge whether a person possesses "it" or not by the extravagance of his birthday parties, then it's possible that Lance Bass has done just that. He recently spent $20,000 on a huge birthday blow-out with him, his boyfriend, and 10 friends.

The party took place in the Caribbean island of St. Martin, with the dirty dozen staying in a "luxury villa" at La Samanna Resort & Hotel that cost $4,000 a night. They stayed for four nights which brought the total to $16,000. For you non-math majors out there, that left $4,000 for Lance to spend on other birthday-related expenses, such as $100 an hour jet skiing, and a $2,000 table at a swanky nightclub called Tantra. 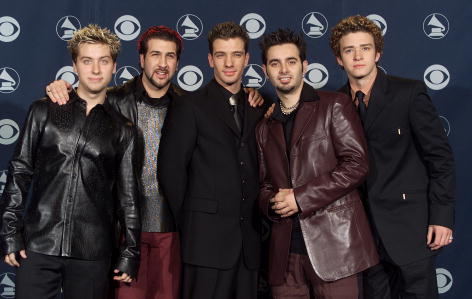 It's nice that Bass has this kind of money to spend on a birthday party, since his career hasn't exactly flourished post-N*Sync. He had a brief acting career, appearing on the WB network series 7th Heaven among other things. He has also been on the ABC televised dancing competition Dancing With The Stars, on which he finished in third place along with swing dancer Lacey Schwimmer. His public appearances in recent years have mostly been "as himself," including a memorable cameo in the Ben Stiller comedy Tropic Thunder.

As for St. Martin, the island on which the birthday bash was held, it's a world-famous destination for partiers. It's divided into two sections – the Dutch side and the French side. Both sides are known for their accommodation of festivity-like activities, although the French side is famous for its nude beaches. It's not known whether or not Lance and company hit up any of those. Also somewhat interesting: On the way home, Bass reportedly won 100 bucks at a casino. So he actually only spent $19,900 on this party.