Lance Armstrong Just Lost A Bunch Of Money–But Amazingly, He Might Also Get A Huge Tax Break

Earlier this week, Lance Armstrong was ordered by a Texas arbitration panel to repay $10 million of the $15 million he previously received from Dallas-based insurance company SCA Promotions. The judgment dates back to when Armstrong was on top of the cycling world and his team owner, Tailwind Sports Corp., promised him a bonus if he won his record-breaking sixth straight Tour de France in 2004. You may recall he did just that, so he earned the bonus. Tailwind paid it by taking out an insurance policy with a company called SCA Promotions.

SCA had no interest in paying that bonus. By this point, there was a lot of suspicion being cast over Armstrong, and the company thought they shouldn't have to pay a dime if in fact he was cheating. The case eventually went to arbitration, where Armstrong testified that he had never used illegal drugs. Armstrong and SCA settled. The company paid him $7.5 million. They also paid an additional $7.5 million in bonuses and fees over time.

Then, in 2012, the U.S. Anti-Doping Agency (USADA) mounted a huge case against Armstrong, which resulted in his banishment from cycling, losing all his sponsors, stepping down as chairman of the Livestrong Foundation, and having to repay all previous tour winnings. Armstrong denied the ruling at first, but later admitted on Oprah that he had, in fact, used performance-enhancing drugs. 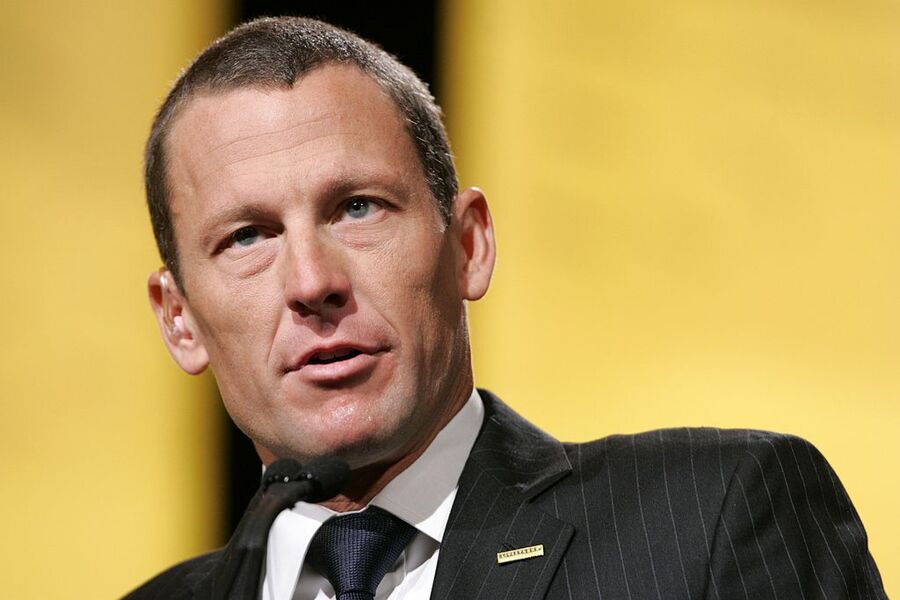 While Armstrong has announced that he will fight the arbitration and take the process to a higher court, it's likely he'll still have to pay the $10 million to SCA Promotions. When he received the money from SCA, he was in the top tax bracket in America, paying 35% on his income. Theoretically, if he has to repay $10 million, he should be able to go back to those years and deduct $10 million of his income, which would save him $3.5 million in taxes.

Of course, it's not that simple. There's a three-year statute of limitations governing claims for refunds. And remember, this money was earned in 2004, well outside of that three-year time frame. But there's another way Armstrong could possibly get a tax refund. For those of you scoring at home, that's via Code Section 1341.

Assuming Armstrong is repaying the full $10 million, the 35% of that comes to $3.5 million, which he would be able to treat as an estimated payment on his 2015 tax return. That would lead to a federal refund of the same amount–$3.5 million.

Section 1341 has a number of rules that must be met in order for an individual to qualify for it. The biggest problem for Armstrong, is going to be the rule stating he must believe he had an unrestricted right to the income. In other words, he has to have believed that he deserved every cent he earned via his winnings. Realistically, it's much more likely that he knew he was breaking the rules by using performance-enhancing drugs. That's a belief that was pretty much confirmed when Armstrong admitted to Oprah that he had, in fact, violated the rules of his sport. Had he kept proclaiming his innocence, he very likely could have been entitled to that tax refund.

Believe it or not, this isn't the first time such a situation has come to fruition. Joseph Nacchio, the former CEO of Qwest Communications, was put on trial for trading on insider information, related to the sale of his Qwest stock for a $44 million gain, back in 2001. At the time, he filed his taxes properly, reporting the money he had made illegally. But, in a classic case of "cheaters never prosper," Nacchio was sentenced to 70 months in prison, as well as having been required to pay back the $44 million in 2007, with an extra $19 million added on as a penalty.

Nacchio was able to get almost all of that penalty money back, though. He took advantage of Section 1341, and used that theoretical computation to snag an $18 million reduction in taxes from 2001, which was instead treated as a payment for his 2007 return. That reduction turned into a refund of a cool $18 million.

The big difference between Nacchio and Armstrong, is that Nacchio never admitted to any wrongdoing. He never made a guilty plea during his trial, and he never went on Oprah–or any talk show–to tell the world what he did. Therefore, the court had no choice but to allow Nacchio to use Section 1341–he could claim he didn't know the insider trading he was doing was illegal or wrong at the time, and that he had an unrestricted right to his earnings.

Armstrong has never failed a drug test, and he, as well as his backers, often pointed to that as a defense. Unfortunately for Armstrong, his interview with Oprah is probably going to be his undoing in this whole situation. By speaking with her, he in essence admitted that he knew he was doing the wrong thing when he was breaking the rules. If he hadn't done that interview, he very well could be getting back $3.5 million this income tax season. Of course, that's pennies compared to what he made when he was at the top of his game, but at this point, Armstrong should be happy to get anything.

Oh, and just in case you were thinking of using Section 1341 for yourself, the deduction has to be more than $3,000. Good to know, in case you ever find yourself doing some monetary math calculations.