How Is Lady Gaga Connected To Akon, Queen, Autocorrect And Poop?

By Brian Warner on February 27, 2013 in Articles › Celebrity News

It's been a little over four years since Lady Gaga exploded onto the pop music scene with her first smash single "Just Dance", and in that time she has transformed herself from an unknown songwriter named Stefani to one of the biggest and richest celebrities on the planet. It's hard to imagine a world that isn't inundated with Gaga's catchy songs, outlandish outfits and over the top gossip. But how did she go from relatively anonymous Stefani Germanotta to world wide superstar Lady Gaga? Where did the name Lady Gaga come from and how is she connected to Akon, Queen, Autocorrect and poop? Keep reading to find out… 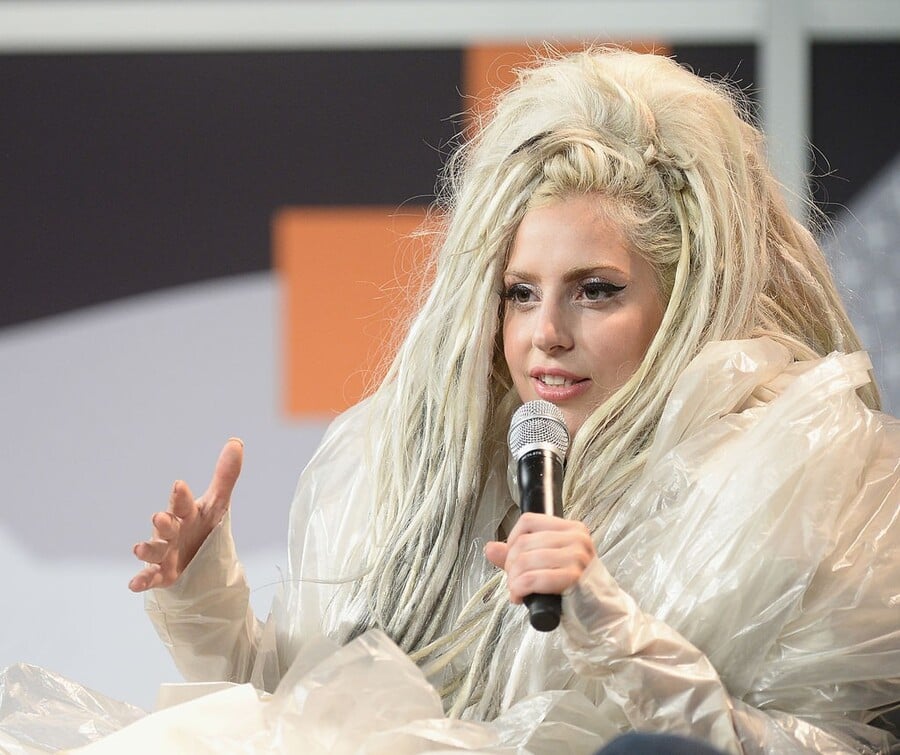 In case you have just come out of a four year coma, Lady Gaga is one of the most famous people on planet. She is the most popular person on twitter with 31.4 million followers. That's a full million more than the second place person Justin Bieber and eight million more than Barack Obama. In addition to winning five Grammys and thirteen MTV VMAs, she has sold 23 million albums and an astonishing 64 million singles. Gaga has also earned an enormous amount of money during her short career. In 2011 alone, Gaga earned $75 million and today her net worth sits at an impressive $150 million.

Back in 2006, Gaga was still just an unknown wannabe singer named Stefani Joanne Angelina Germanotta who was looking for a sexier more pop-friendly persona. At the time, the 19 year old Germanotta had just lost her first record deal and was taking a bus from New York City to Parsippany, New Jersey seven days a week to work with a producer named Rob Fusari. Every day when Stefani entered his studio, Rob would play "Radio Gaga" by Queen, as her entrance song. One day while she was brainstorming new monikers (names), Fusari sarcastically texted her the suggestion "Radio Ga Ga". When the autocorrect kicked in, his text had been turned into "Lady Ga Ga". Stefani responded instantly: "That's it. That's my new name. Don't ever call me Stefani again." 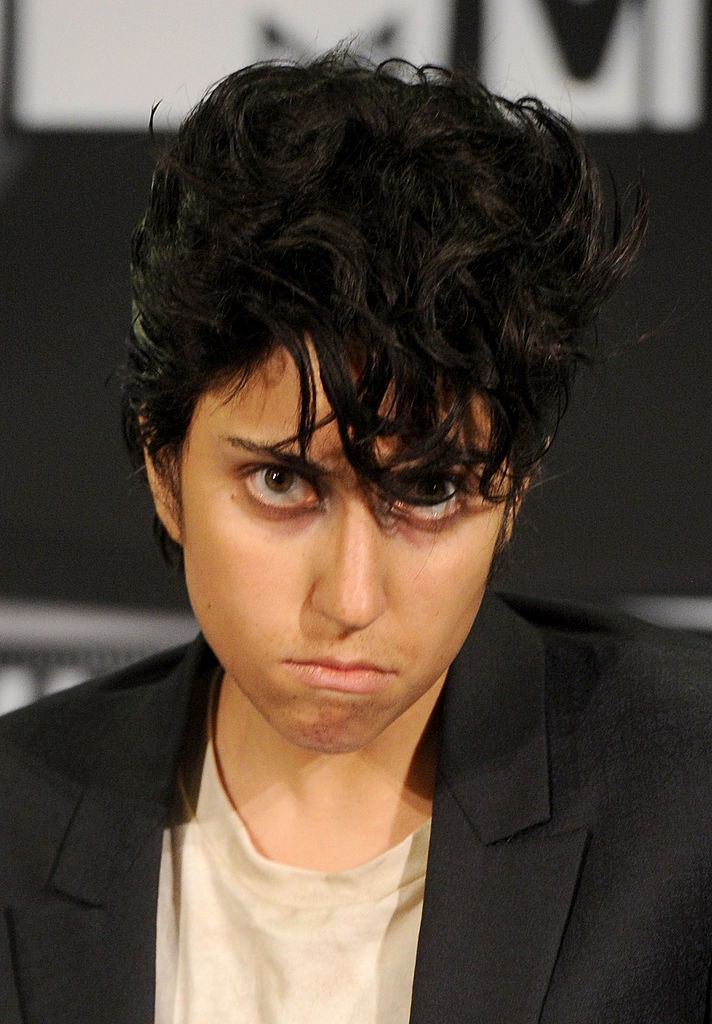 What Does Gaga Mean?

The song "Radio Ga Ga" was written by Queen drummer Roger Taylor after visiting Los Angeles in 1984 where he was disgusted by the bad music being played on local radio. Taylor was driving around LA when a particularly bad song came on that his young son described as "radio ca-ca". "Ca-ca", as we all know, is a word children use to mean poop, crap or sh*t. So Taylor's son really was saying the radio sounded like sh*t. Taylor and band mate Freddie Mercury would eventually polish "Radio Ga Ga" into a song that criticized the popularity of television channels like MTV flooding radio with "ca ca" music. Ironically, Radio Ga Ga's music video became extremely popular on MTV and was even nominated for a VMA in 1984. Even more ironically, 22 years later when Stefani Germanotta became "Lady Gaga" she was technically renaming herself "Lady Shit".

You know who is Lady Gaga's biggest fan? Akon. Right around the time Stefani started to become Gaga, she was working as a songwriter for Streamline records, an imprint of Jimmy Iovine's Interscope records. Stefani wrote several songs for artists like Britney Spears and Fergie. One day rapper/singer Akon was struggling to lay down some tracks for his second album "Konvicted". Stefani was asked to come into the studio and sing a reference vocal for Akon. A reference vocal is like a blueprint that the artist follows when laying down the final track. It's used as a reference then thrown out when the final work is done. Akon was so blown away by Gaga's singing that he stopped recording and went straight to Jimmy Iovine's office and convinced him to let Stefani sign to his new label Kon Live. Akon would go on to provide vocal tracks for several songs on Gaga's debut album "The Fame" and even co-wrote her first smash hit single "Just Dance". Despite having sold an impressive 11 million albums of his own, Akon admitted in a 2011 interview that he has made ten times more money off Lady Gaga than from any of his own endeavors in the last decade.

So now that you know what Lady Gaga's name really means, do you think she should change it? 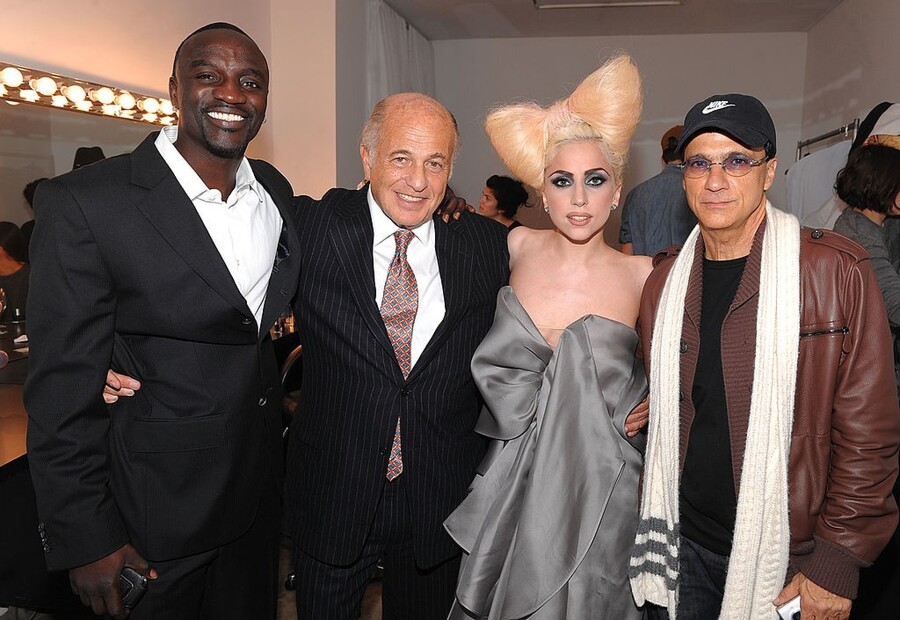 Akon, Lady Gaga and Jimmy Iovine/ Dimitrios Kambouris/Getty Images
Did we make a mistake?
Submit a correction suggestion and help us fix it!
Submit a Correction