Good golly it has been a wild year for trackers of the Kardashian-Jenner-West family fortunes. Back in November 2019, Kylie Jenner sold a 51% stake in her cosmetics company for $600 million. In late April it was revealed that Kanye West was not only a billionaire, but a multi-billionaire thanks to this incredibly lucrative Adidas/Yeezy partnership. Then just a few weeks ago we learned that Kylie Jenner was in fact NOT a billionaire (something we have long-asserted) and allegedly forged tax returns to trick Forbes into writing multiple glowing articles about the youngster's makeup empire. Now we are learning that Kim Kardashian, the OG "superstar" in this family of superstars, is herself touching on billionaire status. It's been a real roller coaster to say the least!

It was just announced that Kim Kardashian has sold a 20% stake in her cosmetics company KKW Beauty to cosmetics holding company Coty for $200 million. The deal (as you hopefully ascertained) values the company at $1 billion and leaves Kim with a 72% stake. That means Kim received $200 million in a deal that is expected to close in the first quarter of 2021. Her remaining 72% paper stake is worth $720 million. Kim's mother Kris Jenner is the proud owner of the remaining 8% (worth $80 million pre-tax based on today's sale).

If the name Coty sounds familiar, that's because it's the same company that bought 51% of Kylie Cosmetics from Kylie Jenner at a valuation of $1.2 billion back in November.

Coty, which also owns brands like Clairol and OPI nail polish, has struggled in recent years with lagging revenue and executive turnover. The European-based company, which is controlled by an investment firm called JAB Ltd., has seen its stock price decimated in recent years. It dropped in half not long after acquiring a dozen cosmetics brand from Procter & Gamble. The stock dropped 70% in the six months after announcing the Kylie Cosmetics acquisition.

The stock is up 13% on today's KKW Beauty news, a market cap increase of roughly $300 million. 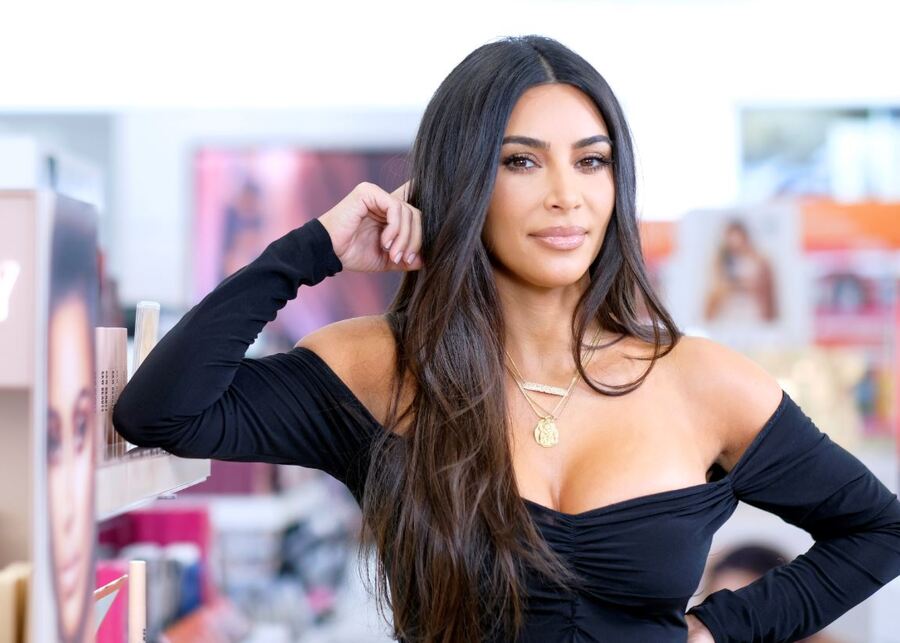 Prior to today's sale, we calculated Kim Kardashian's net worth at $350 million. That included the previously-estimated $200 million pre-tax valuation of KKW. After taking in $200 million from today's sale, she will add a little over $100 million in post-tax cash to her coffers.

After taking taxes and other considerations into account on her remaining $720 million paper stake in KKW Beauty, we estimate Kim Kardashian's net worth is $900 million today.

If that number sounds impressive, bear in mind that her husband Kanye West's net worth is $3.2 billion according to our most recent estimate. That means the couple is sporting a combined net worth of $4.2 billion.

At $900 million, Kim is $300 million richer than little half-sister Kylie Jenner. We reduced Kylie's net worth to $600 million a month ago after Coty released updated performance results of the Kylie Cosmetics brand.