By Brian Warner on April 9, 2021 in Articles › Celebrity News

Indulge me for a moment with a quick trip down CelebrityNetWorth memory lane, back to October 2009. In retrospect, October 2009 was arguably the most important month in the history of CelebrityNetWorth. Having launched exactly one year earlier with the shortened domain "www.celebnetworth.com", by October 2009 I was in the middle of a heated negotiation with the owner of the domain "www.celebritynetworth.com". We traded a half dozen emails, with me starting with an offer of $100 and ending at $1,000. "That's the highest I can go."

On October 13, 2009 the seller "accepted" my $1,000 offer… kind of. What he actually did was accept it as the opening bid in a one week public auction that would be promoted across a popular domain sale website called Sedo. There would be a big "Featured Auction" ad on the side of Sedo for a week. The auction would be promoted in their daily newsletter to who-knows how many domain scavengers.

I was certain someone else would see the potential and either bid way more than I could afford or simply drive up the final price. At the time I had around $3,500 total to my name. So even $1,000 was literally almost a third of my net worth.

Seven extremely long days went by. I tried to put it out of my head and assure myself that the site could be successful as "celebnetworth.com".

It took about a week for my payment to be confirmed and the domain transferred. On October 27, 2009, a flip was switched and "celebnetworth.com" officially became "celebritynetworth.com".

That's not the only significant CNW event that occurred that month. On October 3, 2009, Kim Kardashian's net worth was first added to CNW. Unbeknownst to me at the time, this moderately famous reality star (the fourth season of "Keeping up with the Kardashians" would debut a few weeks later) would go on to be the most important celebrity in our database. Kim's very first net worth estimate? 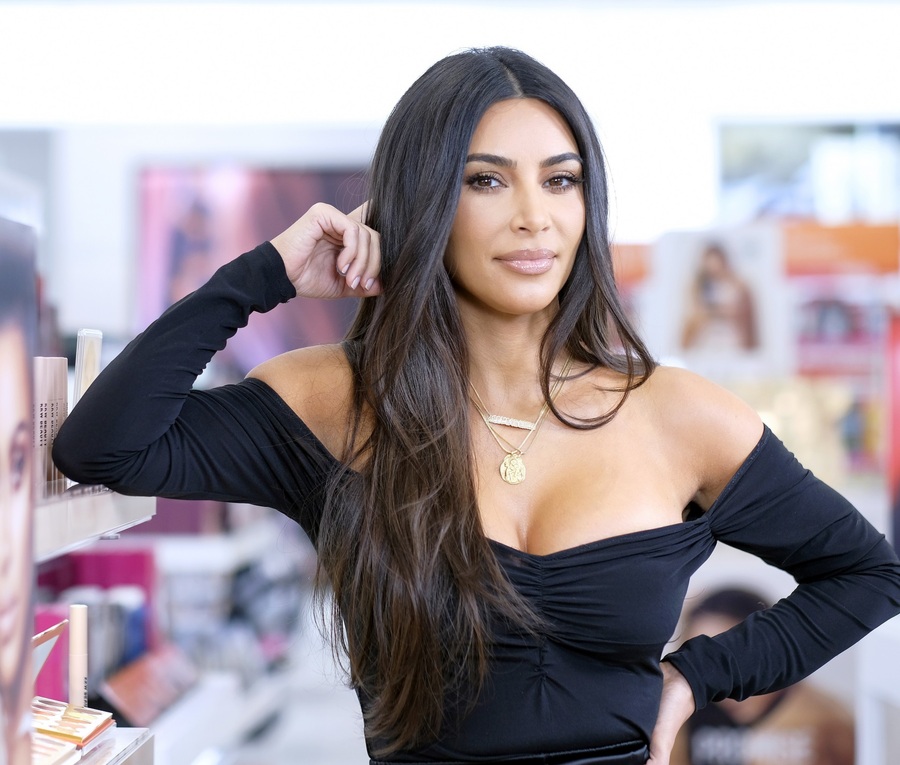 That's up from our previous estimate of $900 million.

When you think about Kim's finances, YES she is consistently one of the highest-paid celebrities. In a give year, Kim earns $50+ million from endorsement and licensing deals. More importantly though, the vast majority of her net worth in recent years is being driven by the equity values of two Kim-created companies:

KKW Beauty was most-recently valued at $1 billion. Kim owns an estimated 80% of the company, giving her a pre-tax $800 million stake.

Not satisfied with one billion dollar business, in 2019 Kim launched a shapewear company which she initially called "Kimono". After being accused of cultural appropriation, she renamed the company Skims. She soon raised $5 million in venture capital.

Shapewear, as I understand it, is a leotard-like undergarment that sculpts and smooths-out the body, which is especially important when one is wearing a tight outfit.

Last week Forbes reported that a "source" close to Kim claimed that Skims was worth $500 million.

In a New York Times article published today, it was revealed that Skims recently raised $154 million at a $1.6 BILLION valuation. The funding round was led by Thrive Capital whose founder is Joshua Kushner. Joshua's wife is supermodel Karlie Kloss. His brother is Jared Kushner, so he's in-law connected to the Trumps.

When combined with her other assets and investments, we feel confident in saying that Kim is worth much more than $1 billion. By our calculations she's worth a minimum of $1.4 billion.

That's enough to make her the sixth-richest celebrity in the world. She's now $100 million richer than Jay-Z:

The Richest Celebrities in the World:

As you can see from the list above, Kim's soon-to-be ex-husband Kanye West is worth $6.6 billion. So if they were still together, the Kardashian-West combined fortune would be $8 billion.

Congrats to Kim on her incredible success!

I wonder what her net worth will be (and what this website will be) after another 11 years, 6 months and 6 days… I'll put a note in my calendar to publish an update on October 15, 2032.