Kim Kardashian Is On Pace To Make $85 Million This Year…From An iPhone App. Sorry To Ruin Your Day.

There's a lot of chatter in the news right now about the immigration crisis that is reaching a boiling point in border states like Texas, Arizona and California. Thousands of children from Central American countries have flocked to the United States seeking better lives. And thanks to a loophole signed into law by President Bush, it's against Federal law to immediately deport children who come from a country that doesn't directly border the United States. It's a complicated issue and I'm not trying to stir the pot one way, or the other. 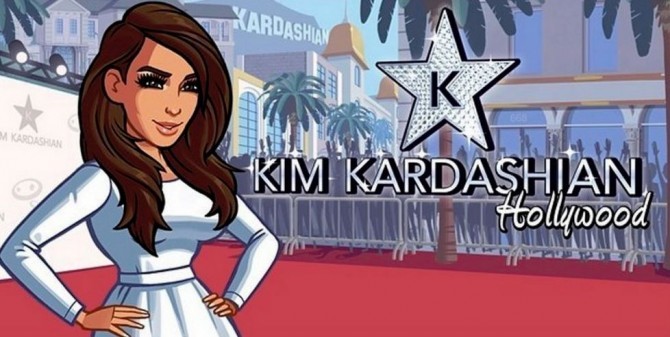 In case you haven't deciphered my subtle references, we are of course talking about Kim Kardashian. As it turns out, back in 2006 when Kim sold her soul to the devil to become the biggest star on earth, that deal also included an iPhone app! Here's the deal: On June 25 Kim, along with a company called Glu Mobile Inc, released a game called "Kim Kardashian: Hollywood" to Apple's iOS APP store. The description of the game is simple:

"Join KIM KARDASHIAN on a red carpet adventure in Kim Kardashian: Hollywood! Create your own aspiring celebrity and rise to fame and fortune!"

The game takes players inside Hollywood, behind the red carpet, on a quest to become an A-list celebrity. Players start out on the E-list and try to work their way up Hollywood's ladder to become an A-list celebrity. Players can move up the ladder by following advice from Kim, who acts as a virtual guide. Here's are some examples of Kim's sage advice:

"Dating famous people will get you more fans."

"Changing your look and buying nice clothes can get you noticed by the media." 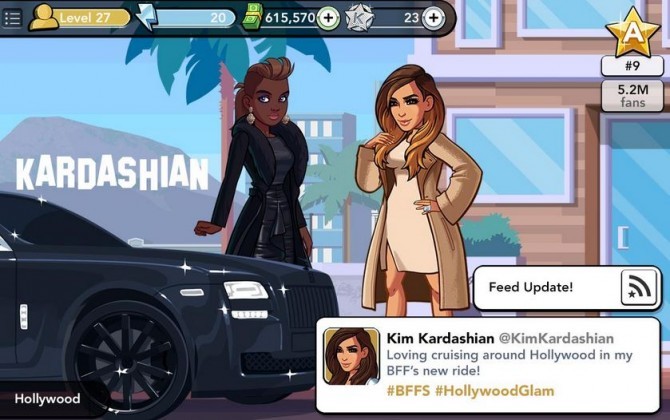 Like many mobile games, "Kim Kardashian: Hollywood" is free to download. The game makes money mainly through in-app "energy" purchases. For example, as you navigate your way through things like photoshoots and paid public appearances, your aspiring virtual celebrity consumes energy. Energy comes in the form of lightning bolts. These lightning bolts cost money. Real human money. Like you just worked an hour at Panera Bread in order to buy energy for your imaginary virtual celebrity. That kind of money.

I know what you're thinking. Who on earth would be stupid enough to spend real money on virtual energy in a Kim Kardashian game? Well, apparently there's a lot of stupid people out there because, against all common sense, in the three weeks the game has been live, "Kim Kardashian: Hollywood" has quickly become one of the highest-rated and most-downloaded apps on iTunes. One of the bloggers for the female-focused gossip blog Jezebel.com recently admitted that she woke up recently and realized that she had just spent $494.04 on in-app purchases. On the plus side, at least she successfully went from E-list to A-list with 50 million imaginary fans. Wow. No words. As of this writing, it is the #2 most downloaded free game on iTunes. It is reportedly one of the top 5 highest grossing games on the app store right now. 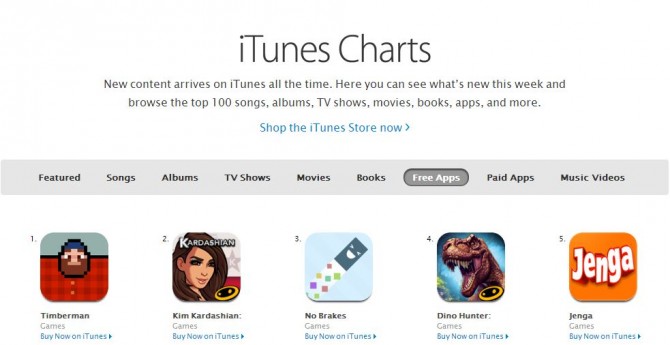 It gets worse. A mobile-industry analyst named Douglas Creutz announced yesterday that he expects revenues for Kim Kardashian: Hollywood to top $200 million in the first year. Kim's cut of those revenues? 45% of net profits. The game cost just $10 million to create and market. That means if current projections stay on pace, Kim could earn $85.5 million off this game in 2014. Come on! What is the world coming to??? That would be more than Kim's entire current $65 million net worth.

The stock price of Glu Mobile has already seen a huge impact from the success of their latest game. Last September the company, which trades on the NASDAQ under the ticker GLUU, was trading around $2 a share. At that level the company had a market cap of $175 million. Since Kim's game was released, the stock has skyrocketed. As of this writing, GLUU is trading at an all time high of $6.6 and the company has a market cap $540 million dollars.

The counter argument to all of this is the fact that many games turn out to be flashes in the pan. But who knows anymore? I feel like all logic and common sense left the building years ago. Now if you'll excuse me, I'm running low on energy and need to buy some lightning bolts.