Kim Kardashian Gives Kanye West A $750,000 Lamborghini For His Birthday

By Joseph Gibson on June 9, 2012 in Articles › Celebrity News

Kanye West and Kim Kardashian are one of the hottest couples in the tabloids right now. But how does a couple with as much money as they do handle each other's birthdays? They probably have lots of options, but Kardashian has settled on one: An extravagant amount of spending. More specifically, she just bought Kanye a $750,000 Lamborghini Aventador LP 700-4 for his 35th birthday!

The car was purchased by Kardashian in LA, which created a bit of a conflict because West is currently on his massive Watch the Throne world tour in Ireland. But Kardashian has hurdled this obstacle handily by recording a video of Ye's new car and personally attending to a screening of it in Ireland. Crafty! 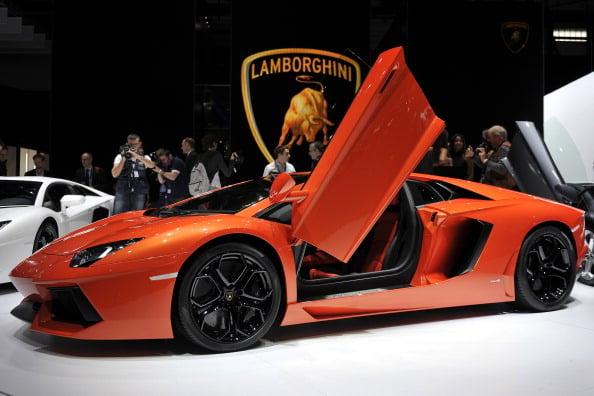 The newest addition to Kanye West's cars is a luxury sports car first introduced to the public in February of 2011. And the car has the performance stats to back up the "wow factor" of the Lamborghini brand – it can accelerate from 0 to 60 miles per hour in under three seconds, and has a top speed of 217 miles per hour. So clearly this is a car that's worth its rather exorbitant asking price, and worthy of a Kanye West 35th birthday gift from Kim Kardashian!

As for Kardashian, it's no big surprise she can afford a present like this, after signing that massively lucrative reality TV contract with the E! channel along with her family for $40 million. The deal also allows members of the Kardashian clan to pursue other endorsement deals and the like, so it's safe to say that spending three quarters of a million dollars on a Lamborghini isn't going to land her in the poor house. Of course, even if it did, she'd theoretically have Kanye West's $90 million net worth to fall back on. So file this under "responsible purchase" all around.