The vast majority of Instagram's estimated 800 million users are happy to use the service for free, posting selfies and other pictures as a way to express themselves for the fun of it. But the app's power users use Instagram as a way to get some fast cash from sponsorship and endorsement deals, and it should come as no surprise that the Kardashian family are some of the best in the game at this practice. Take Kim, for example, who was recently reported by STAT to have made half a million bucks from a single notorious (we'll get to that in a minute) Instagram post in 2015.

Kim Kardashian posted on Instagram about Diclegis, a morning sickness drug from pharmaceutical company Duchesnay. But the post put Kim in the FDA's crosshairs, since she neglected to include the required list of possible side effects that can accompany use of the drug — so she ended up having to throw in a second Instagram post on the house. Since then, she (or the person at Duchesnay who writes the captions) has learned her lesson, and has remembered to include all the legally required information in subsequent posts. 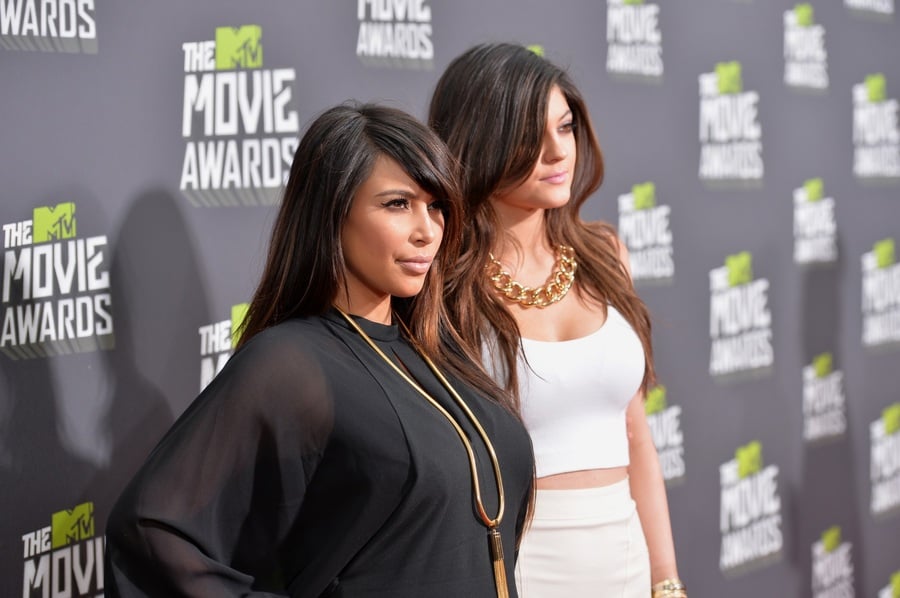 Half a million bucks per post doesn't even make Kim the highest paid member of the Kardashian clan on Instagram, though. Not after younger sister Kylie Jenner started commanding twice that, according to a recent D'Marie Analytics report. Frank Spadafora, CEO of D'Marie, released a press statement explaining how Kylie Jenner is able to earn so much by making a simple post on Instagram:

"Kylie is an undeniable global brand, which may make some roll their eyes … But the reality is this young, female entrepreneur's savvy helped her reach a milestone in the influencer marketing and advertising industry which many seasoned professionals have failed to achieve."

Sometimes, Kylie Jenner and Kim Kardashian have both promoted the same product on their Instagram accounts, but since the terms of these endorsement deals aren't really a mater of public record we don't know whether they actually had different rates from one another. But regardless of whatever the specifics of their agreements with various companies may be, it is clear that the Kardashians have mastered the art of getting big bucks for their Instagram posts.