By Joseph Gibson on October 19, 2018 in Articles › Celebrity News

Khabib Nurmagomedov's manager Ali Abdelaziz's job doesn't stop when his client wins another fight – quite the contrary. He's been fielding offers from no less than 50 Cent, who recently floated an offer to get Khabib to move from UFC over to his own Bellator MMA organization for $2 million, an offer that Abdelaziz said in a recent interview with TMZ is "garbage."

It happened at a recent Long Beach Professional Fighter's League event, when Abdelaziz was asked about 50's offer:

That would seem to settle that, and if 50 Cent or any other fight promoters want Khabib to jump ship at UFC it seems they now have a hard and fast number to start out with. 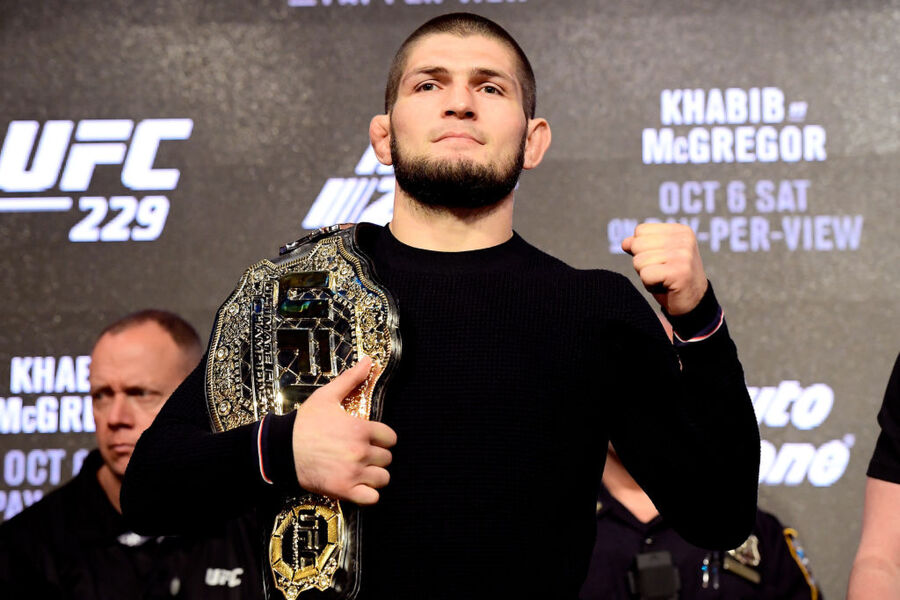 Naturally, Abdelaziz also had plenty to say about Khabib's recent UFC rival Conor McGregor. These remarks didn't have anything to do with money, but they may be of interest regardless:

"I'll slap the shit out of Conor. F**k Conor McGregor. Conor's a bitch. He quit in the fight. You cannot tell me Conor McGregor is a man. He is nothing."

Abdelaziz also spoke on the possibility of an upcoming "superfight" in the works between Khabib and Floyd Mayweather. He says that if Mayweather is interested in getting into the world of mixed martial arts, Khabib would be game for such a "superfight" as well. Earlier this year, Mayweather spoke to TMZ on just such a possibility:

Fight fans will have to wait and see if that $50 million figure also turns out to be "the right number" for Khabib Numagomedov.