By Joseph Gibson on July 4, 2018 in Articles › Celebrity News

The proud tradition of pre-fight trash talk usually centers on stuff like fighting prowess and physical toughness, but UFS star Khabib Nurmagomedov's manager Ali Abdelaziz has engaged in a fiscal variation on that theme in advance of the soon-to-be finalized fight between his man and Conor McGregor. He recently told TMZ Sports that the reason the fight is happening is because McGregor is eager to fight Nurmagomedov due to the fact that McGregor is "running out of money." And according to Abdelaziz, Nurmagomedov is more than willing to help him out with his finances:

"It's okay … We're gonna contribute of him making some money, but at the end of the day we owe him an ass whooping. He needs to get his ass whooped from Khabib." 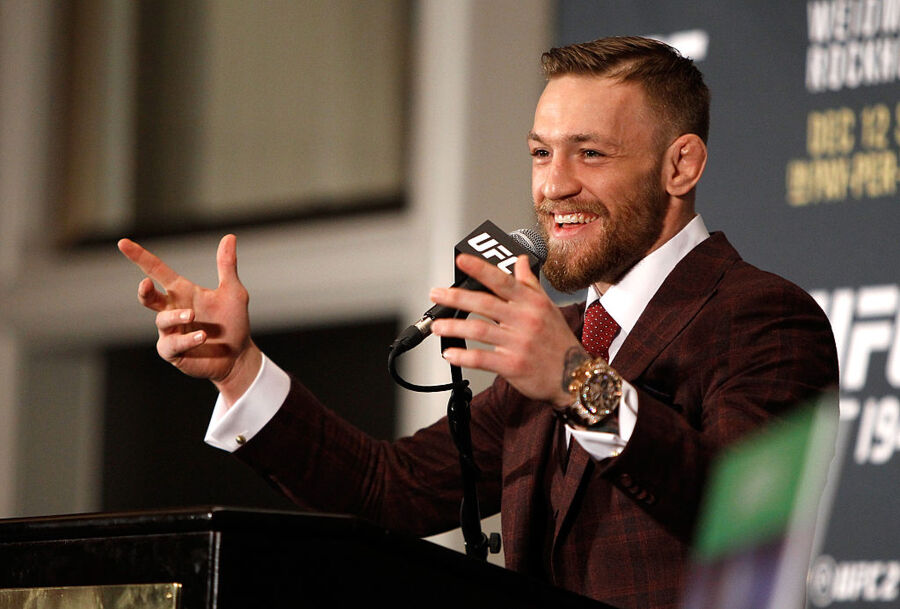 The fight won't just be for for financial reasons, though. McGregor and Nurmagomedov have a history, including an incident earlier this year when McGregor physically attacked a bus on which Nurmagomedov was among the passengers. Abdelaziz touched on this incident in the interview as well:

"He [McGregor] thinks he's a gangster … I don't think he is. But, when you think you're a gangster, you're going to get treated like a gangster. And gangster, they end in jail or get beat up."

It's unclear whether Abdelaziz has any specific insights into McGregor's financial situation or if this is just typical promotional trash talk, but he says that there are three different potential fight dates that have been agreed upon by both sides. One of those is November 3rd at Madison Square Garden, but he says that McGregor may not be able to get licensed in New York by that time due to the aforementioned bus attack. That leaves open two other dates in Las Vegas, one in October and another in late December.