Keyshia Ka'oir Says Her Businesses Have Made Her $30 Million

By Marvin Jules on November 10, 2017 in Articles › Celebrity News

Gucci Mane's wife, Keyshia Ka'oir, isn't your average celebrity wife. Rather than resting on the laurels of her rapper husband, Ka'oir has been working hard at getting her own money through her own business ventures, namely Ka'oir Fitness and Ka'oir Cosmetics. A quick glance at Ka'oir's Instagram feed reveals how dedicated the 32-year-old is as it pertains to promoting and growing her businesses; and that dedication has manifested itself into a lot of dollar signs.

Keyshia Ka'oir and Gucci Mane's high profile relationship has without a doubt helped the newlywed couple reap many benefits, including having their own television show on BET, 'The Mane Event.' On the latest episode of the show, Ka'oir showed that she isn't content with just being a run of the mill celebrity wife. She sat down with a financial planner, and revealed in the conversation that her two businesses, Ka'oir Fitneess and Ka'oir Cosmetics, have profited $30 million.

"The business is growing so fast … It's so good that it's overwhelming," said Ka'oir. 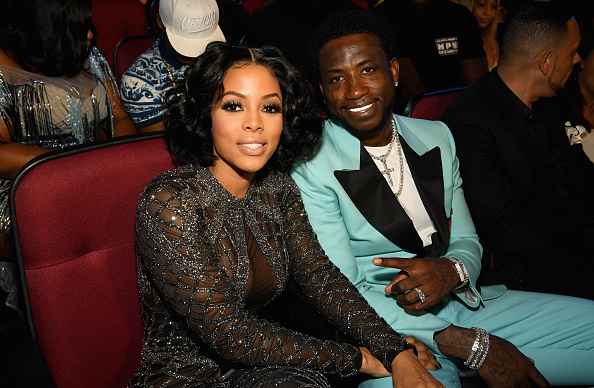 She went on to say, "I take care of everyone, but it's not done to a point where they're using me or it's going to put me in financial difficulties … I have a lot. [Gucci Mane] and I we just built our home, cash. All of our cars are paid for. We don't live on debt. I like nice things and I do spend, but I put myself on a budget. I just don't do stupidness."

Keyshia Ka'oir clearly has expensive taste, but she definitely has the means to fund it!