By Joseph Gibson on October 27, 2017 in Articles › Celebrity News

Anyone who's even casually familiar with the personal mythos of Kevin Smith is probably aware of the huge role in that mythos played by disgraced movie exec Harvey Weinstein, who gave Smith his big break when his Miramax company purchased Clerks in 1994. One person more keenly aware of this unfortunate association than anyone is Smith himself, who recently took to his podcast Hollywood Babble-On to try and clear the air regarding Weinstein and make amends:

"My entire career is tied up with the man. Everything I did in the beginning has his name on it. And I spent many years lionizing him, telling stories. Whenever I tell the Clerks story, there's, you know, and then we got bought by Miramax. I'm not a victim in this. This is not about me at all. We know who the victims are. But my shit is tied up with this man…" 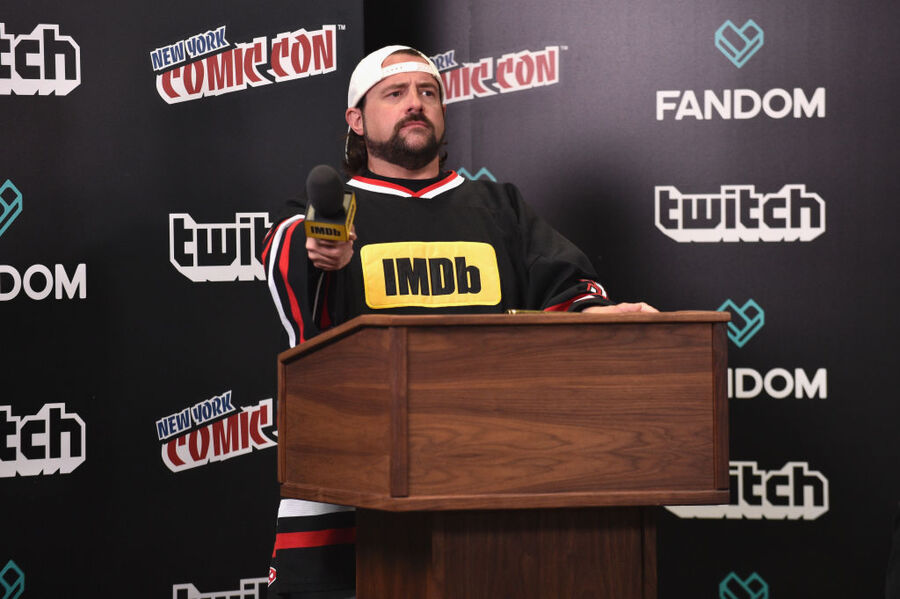 Smith is understandably upset about recent revelations about Weinstein's abusive behavior, since by his own account he's spent the last two decades praising him for taking a chance on Clerks, and continuing to support his projects afterward. Smith says he's eager to make some form of amends for his small part in building up Weinstein's powerful reputation in Hollywood, and since he doesn't have the money he made "20 years ago," to give back (whatever that might mean), he's decided to do the next best thing: Give away all future royalties from his Miramax and Weinstein Company films to Women In Film. Women In Film is a nonprofit org that aims to help women succeed in the film industry, and his rationale for redirecting his Weinstein cash to that cause is a powerful one:

"I had a dream and I made it, and I presented it to somebody, and they didn't make me do something fucking horrible. So I feel like there are so many people that we know of now, and maybe even more, that were made to do horrible things to make their dreams come true and maybe didn't even get to touch the dreams; this fucking dude chased them away."

And just in case Smith's royalties dry up (a not-impossible prospect given The Weinstein Company's uncertain fate), he's also pledged an additional $2,000 to WIF every month for the rest of his life.