Following a 14-year marriage, Kevin Garnett and his estranged wife, Brandi Garnett, are getting a divorce. She originally filed for divorce in July of last year, and now according to legal documents pertaining to that divorce recently unearthed by TMZ, she's looking for a healthy $146,000 per month in spousal support, plus another $46,000 a month in child support for their two daughters, for a total of $192,000 per month.

Brandi says that she has those kids – aged six and ten – "95 percent of the time," which is part of why she's asking for the $46,000 figure. Altogether, she's asking for more than $2.3 million a year, but according to Brandi, that's more than fair, given Garnett's continued earnings of at least $5 million a year, plus the estimated $300 million-plus he took home during his long career in the NBA. 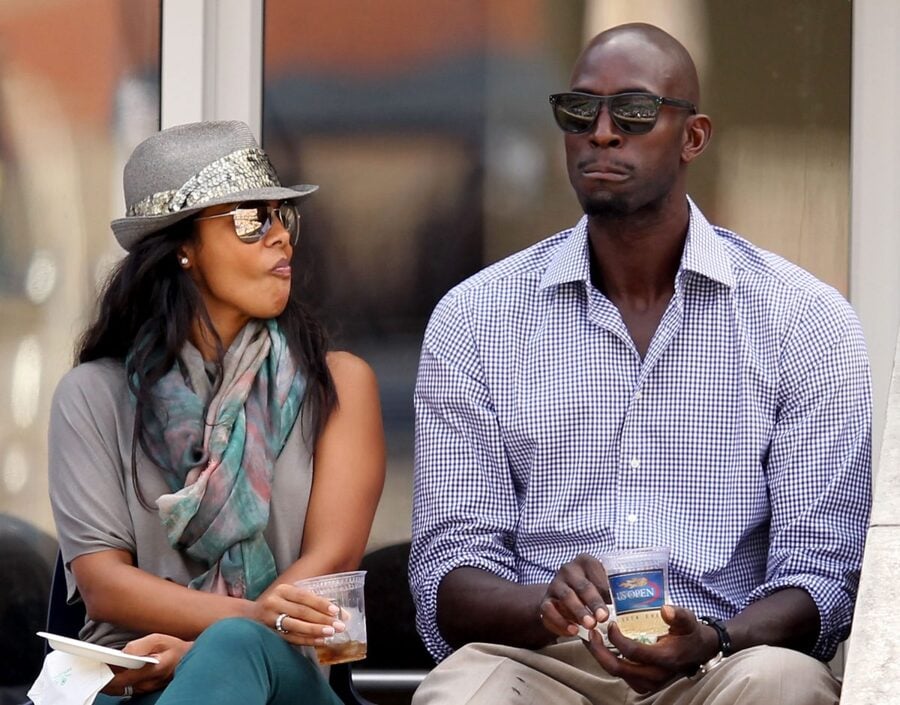 In addition to the $2.3 million a year, Brandi's also seeking another $300,000 to cover her legal fees in the divorce, those already incurred and the ones estimated still to come. And that doesn't include the additional $25,000 she says she needs for an attorney in a separate matter, that of an alleged $77 million swindle that's supposed to have occurred between Garnett and one of his old accountants. In that case, which broke in September of last year, Garnett says the accountant was working with a wealth manager to steal tens of millions of dollars from Garnett's fortune over the years.

The news comes shortly after Garnett was reported last month to have filed documents requesting not to be on the hook for any support payments to his soon to be ex-wife, at all. And according to reports in the media, he's also seeking joint custody of the kids and pointing to a prenuptial agreement allegedly signed by the couple before their wedding in July of 2014 to back up his side of the dispute.