Members of the Virginia Citizens Defense League are not happy with how they were portrayed in the recent pro-gun-control documentary Under the Gun. And they're suing Katie Couric, who hosts and executive produced the documentary, as well as its director Stephanie Soechtig, plus two corporate entities affiliated with the movie, for more than $12 million over one scene that was, by Couric's own admission back in May, deceptively edited. Deadline recently got a hold of the lawsuit, which states:

"[T]he film contains false footage purporting to show members of the [VCDL] sitting silently, stumped, and avoiding eye contact for nearly nine seconds after Couric asked, 'If there are no background checks for gun purchasers, how do you prevent felons or terrorists from purchasing a gun?'"

Daniel L. Hawes, Esq. and Patricia Webb are two members of the Virginia Citizens Defense League who appear in the scene in question, and are seeking $12 million in compensatory damages over the film, as well as $350,000 each in punitive damages. They also want an injunction against Kouric & co. that would prevent them "from disseminating, distributing or publishing any footage of the VCDL's members, Hawes or Webb that is judicially determined to be false" by way of a jury trial. 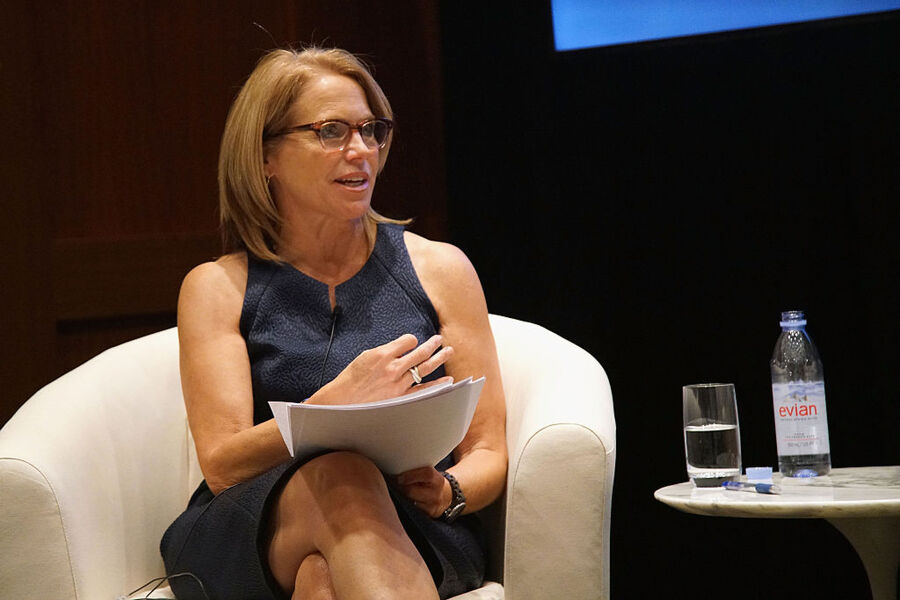 Director Soechtig released a statement to People magazine though a spokesperson that unsurprisingly casts the lawsuit in a different light, invoking the First Amendment and standing by Under the Gun:

"It's ironic that people who so passionately defend the Second Amendment want to trample the rights guaranteed to a filmmaker under the First. Stephanie stands by UNDER THE GUN, and will not stop her work on behalf of victims of gun violence."

By filing a lawsuit, the VCDL has already accomplished much of its original goal, getting its dispute about how the exchange in the film actually transpired on the record, and putting a cloud over the entire documentary. Judge and possibly jury will decide if they get the nearly $13 million they're asking for, too.