By Brian Warner on June 5, 2018 in Articles › Celebrity News

Shocking, sad and tragic news. Handbag designer Kate Spade was found dead this morning of an apparent suicide at the age of 55 at her Manhattan apartment. Kate was one of our favorite business success stories on Celebrity Net Worth. Her story was the epitome of the American dream. She had an idea for a product and did whatever was necessary to make it a reality. Rest in peace Kate. This is her business success story:

Kate Brosnahan Spade was born on Christmas Eve in 1962 in Kansas City, Missouri. After graduating from Arizona State University, she got a job at a local men's clothing shop in Scottsdale, Arizona. It was at this shop that she met a guy who would become her future husband, Andy Spade. Andy's brother is comedian David Spade.

In the mid-80s Kate and Andy moved to New York City where,  by 1986, she landed an editorial job at the magazine Mademoiselle. Andy got a job in advertising.

During her time at Mademoiselle, Kate noticed that there was a serious lack of stylish and sensible handbags, so she decided to create her own. She wanted to design a handbag that was simple, functional, attractive, and, most of all affordable. To get inspiration, Kate browsed local flea markets and secondhand stores. She also researched the styles, fabrics and potential production costs associated with creating her own handbag.

To launch her business, Andy withdrew the entire balance of his 401K, approximately $35,000. 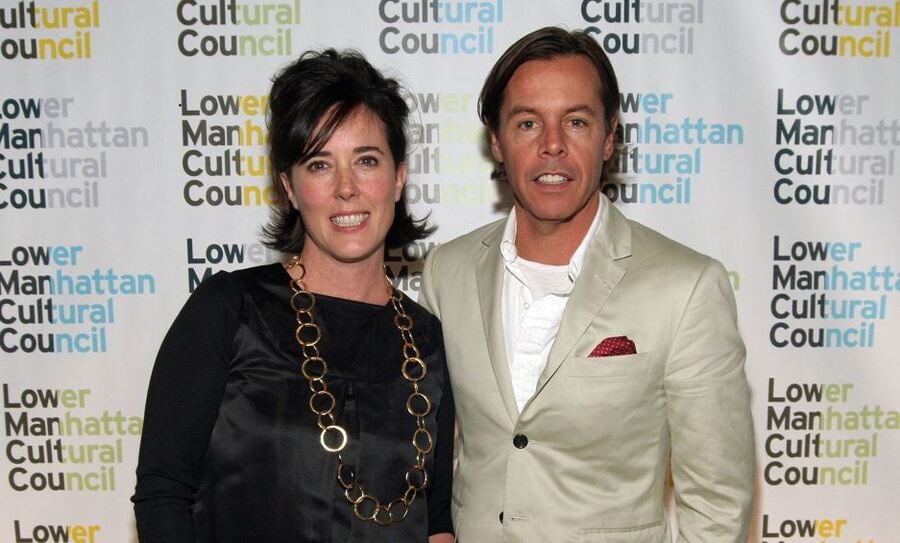 Kate's debut handbag line was a simple black square bag. Along the side of the bag, she sewed "kate spade new york", a logo that would eventually become iconic.

The gamble paid off. In 1993 Kate Spade New York had $100,000 in revenues. In 1995, revenues had climbed to $1.5 million. What Kate and Andy Spade understood early on is that handbags are not just about the handbag itself. They are aspirational. Handbags are about the life you see yourself living in your dreams. Kate's bags exuded a simple elegance and innocence

Kate and Andy got married in 1995. In 1996 they opened the first company store, in Soho, NYC. The brand exploded from that point on, with revenues topping $30 million by 1998. At one point they operated more than 175 stores internationally.

In 1999, Kate and Andy sold 56% of the business to Neiman Marcus for $34 million. In 1999 Kate and Andy also launched the menswear brand Jack Spade

In May 2017, Coach acquired the brand for $2.4 billion. Unfortunately Kate and Andy did not benefit from this sale.

Per our most recent estimate, Kate Spade's net worth was $200 million.

In 2016, Kate and Andy launched a new fashion brand called Frances Valentine, named after their daughter.