Let's face it; the Kardashians are famous for being famous without any discernable talent besides trading their looks for money. In the digital age, that isn't nearly as seedy as it sounds. They are savvy at self-promotion and social media was made for self-promotion. Sisters Kim, Kourtney, Khloe, Kendall, and Kylie post sponsored post after sponsored post on social media outlets. Sponsored posts are those posts that they have been paid to create and publish. The Kardashian sisters have a broad social media reach, making them especially attractive to advertisers. On Instagram alone, the five stars of "Keeping Up with the Kardashians" have more than 316 million followers.

Kim and her sisters have kashed in big time as a result of their social media followers. They've hawked everything from Puma to Calvin Klein to private jet charters to Fit Tea. However, it has come to light via a Truth in Advertising investigation that all is not kosher with the Kardashian Kash Kow. 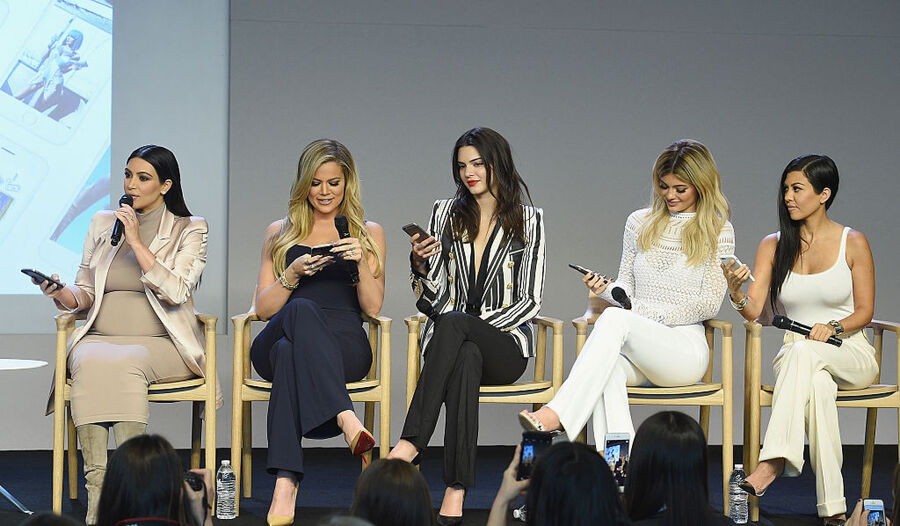 You see, there are FTC regulations regarding internet advertising and sponsored posts. Random anonymous bloggers have to disclose whether or not it is a sponsored post when writing about, say, food delivery service Blue Apron. The problem is, the Kardashians haven't been telling the world their posts are sponsored, so it looks like Kim is just talking about how much she loves her Pumas when in reality she was getting paid (quite well) to love her Pumas.

More than 100 Instagram posts by the Kardashian sisters violate the very clear FTC endorsement guidelines because they do not indicate that they are paid ads. So, last week the Truth in Advertising people sent a letter to the Kardashian/Jenner gals alerting them to their violation. They let the Kardashians know that if they did not fix their illegal posts within a week, they would fine a complaint with the FTC.

The FTC has very clear endorsement guidelines that address social media advertising. Basically, if someone is paid to promote a product, they are required to disclose that fact since it could unfairly influence a consumer about the product. In the case of Twitter and Instagram, the FTC guidelines require that a sponsored post either starts with "AD" or is hashtagged #AD.

Pretty simple to understand right? Well, the Kardashian/Jenner gals fail to adhere to this very simple guideline again and again. In fact, they are so quiet about their relationships with the companies they promote that it feels like they are hiding something. Let's be clear though, disclosing sponsored posts isn't a folly of the FTC, it is required by federal law.

Of the five sisters, Kylie had the biggest problem with 57 posts. Kim was second with 22 posts that were not properly tagged. Puma and Fit Tea, were the two companies that had the most posts that failed to meet guidelines. Paid posts for Fit Tea were posted by Kylie, Khloe, and Kourtney's Instagram pages.

You may be wondering why this is such a big deal. After all, it is just a silly Instagram post, right? Well, sponsored social media posts earn celebrities with large amounts of followers, like the Kardashians, tens to hundreds of thousands of dollars PER POST.

This isn't the first time a Kardashian has been called out for failing to disclose a sponsored post. In 2015, Kim was praising the benefits of a morning sickness drug. She failed to mention any of the side effects of the drug. In the post, Kim stated that she was partnering with the drug company. The FDA didn't like that one bit and issued a warning to the drug maker.

The Truth in Advertising investigation was not out of the blue. The FTC has been stepping up efforts in policing social media endorsements. In March, department store Lord & Taylor paid 50 fashion influencers between $1,000 and $4,000 to post on Instagram with photos of themselves in the dress. The fashion influencers did not disclose that they had been paid to post. Those posts reached 11 million Instagram users, the dress sold out quickly, and the FTC came down on Lord & Taylor.

Since the Truth in Advertising report came out, Kim Kardashian has published a post that starts with hashtag #ad for Sugar Bear Hair. She has also gone back and edited posts from the past to add the #ad. Kylie and Khloe have done the same on at least one Sugar Bear Hair post so far. Perhaps the letter from the Truth in Advertising shook them up. Or maybe Kim, Kourtney, Khloe, Kylie, and Kendall will be back to shilling anything that pays them enough next week without disclosing they were paid. Only time will tell.