If you haven't logged onto Twitter over the course of the past week, you may not have noticed that Kanye West is back on the social media service. And in typical Kanye fashion, the musician/fashion designer has utilized the platform to speak extensively on a variety of topics. But one of Kanye's statements in particular from earlier this week has many people raising their eyebrows.

Kanye West, who has been engaging in what can be termed as "stream of consciousness tweeting, broached a variety of subjects on Wednesday. One of those subjects was his Yeezy line of clothing and footwear. "We have 160 positions to fill by the end of the year," said Kanye in one tweet. He continued by saying, "Yeezy will hit a billion dollars this year. It is the 2nd fastest growing company in history. It is a unicorn on its way to becoming a decacorn." 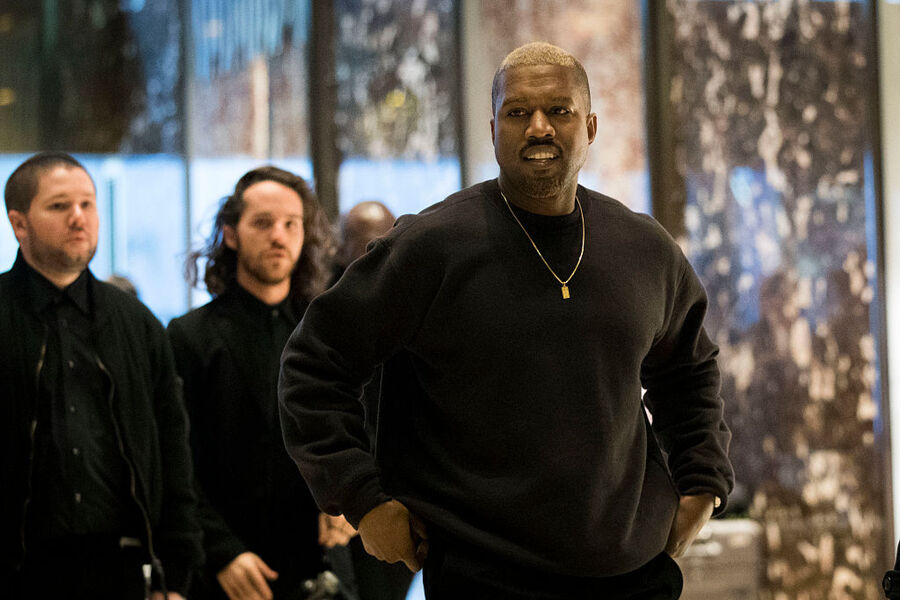 And in typical Kanye fashion, he went on to make statements even more outlandish and unbelievable. "I am currently the single highest paid person in footwear. That means I make more money on shoes than Michael Jordan," he tweeted.

While Kanye's confidence is clearly unflappable, it may be getting in the way of objective facts. Last year, Michael Jordan received somewhere in the neighborhood of $110 million from Nike, as a result of Jordan Brand selling $3.1 billion worth of product. While Yeezy financials have not been released, it is unlikely that they are anywhere close to matching Jordan Brand's revenue, which means it is highly unlikely that Kanye makes more than MJ.

He went on to say that "Yeezy will become the biggest apparel company in human history by working with the most genius level talents and creating product at an affordable price." He also compared his sneakers to the iPhone. "the Yeezy 350s sell 400 thousand pair [sic] in four hours. Only thing close to this is the iPhone."

He ended his tweets by throwing a shot at Nike, who he partnered with prior to joining Adidas. "adidas [sic] have been great partners and they've let Yeezy be Yeezy. This could've never happened at Nike."