New records are always being set in the entertainment industry – it's the nature of the business, and progress itself. But it's still kind of surprising that Justin Bieber is now the first male artist ever to debut at no. 1 on the Billboard Hot 100 chart more than once. And even more incredibly, he's only the third act overall to achieve this feat, joining Britney Spears and Mariah Carey in this extremely exclusive club, according to Billboard itself.

I imagine that the average person, without an in-depth knowledge of the music industry or how the Hot 100 chart works, would probably assume that many hugely successful pop stars have had multiple songs debut at number one on the chart. But it's not so, and even a star as big as Bieber had to sneak into the club as a featured artist, joining DJ Khaled as well as Chance the Rapper, Lil Wayne, and Quavo for "I'm the One." Bieber's previous Hot 100-topping debut was his very own "What Do You Mean?" in 2015, though. 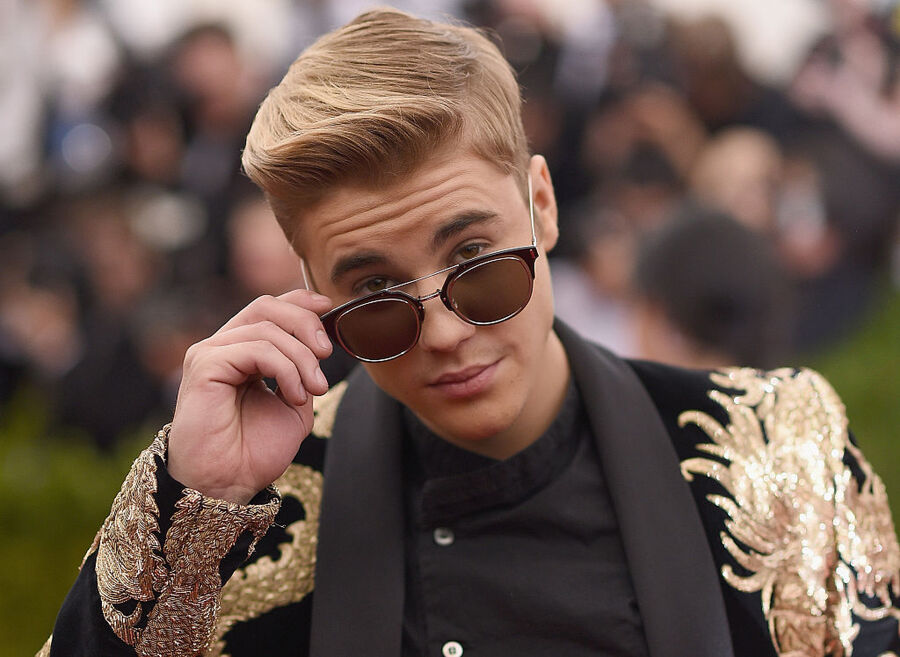 With his second chart-topping debut, Bieber is tied with Britney Spears, who herself scored two Hot 100 number one debuts with "3" in 2009 and "Hold It Against Me" in 2011 – both several years after Spears' generally considered heyday, interestingly. But Mariah Carey sits alone at the top, with three number one Hot 100 debuts: 1995's "Fantasy" and "One Sweet Day" with Boyz II Men, and 1997's "Honey."

The magazine also points out that Bieber has come within one spot on the Hot 100 three different times, kept from entering or even surpassing Carey's accomplishment. But close doesn't count on the Billboard charts, so if he has any interest in breaking this particular record he'd better start signing on for more guest spots like "I'm the One."