By Joseph Gibson on October 30, 2019 in Articles › Celebrity News

Rapper Juice WRLD is the latest popular music artist to face an infringement lawsuit for allegedly copying an older song. In this case, it's defunct pop punk band Yellowcard, the former members of which have taken to the courts to try and get $15 million in damages plus a "running royalty and/or ownership share" in Juice's song "Lucid Dreams," which they say is an infringement on their 2006 song "Holly Wood Died."

Billboard reports that Yellowcard wants a piece of the "overwhelming success" Juice WRLD has enjoyed allegedly thanks in part to their song. For evidence that the rapper must have heard and been influenced by their track, they point to the producer of their album Lights and Sounds: Neal Avron, who also happens to be a producer on Fall Out Boy's 2005 album From Under the Cork Tree, which Juice WRLD is a publicly professed fan.

The lawsuit includes some technical analysis of similarities between "Lucid Dreams" and "Holly Wood Died," including shared hooks, melodies, and other alleged parallels. This, the lawsuit claims, leads to only one conclusion:

"The high degree of objective similarity between the Original Work and the Infringing Work extends well beyond the possibility of coincidence and could only reasonably be the result of an act of copying." 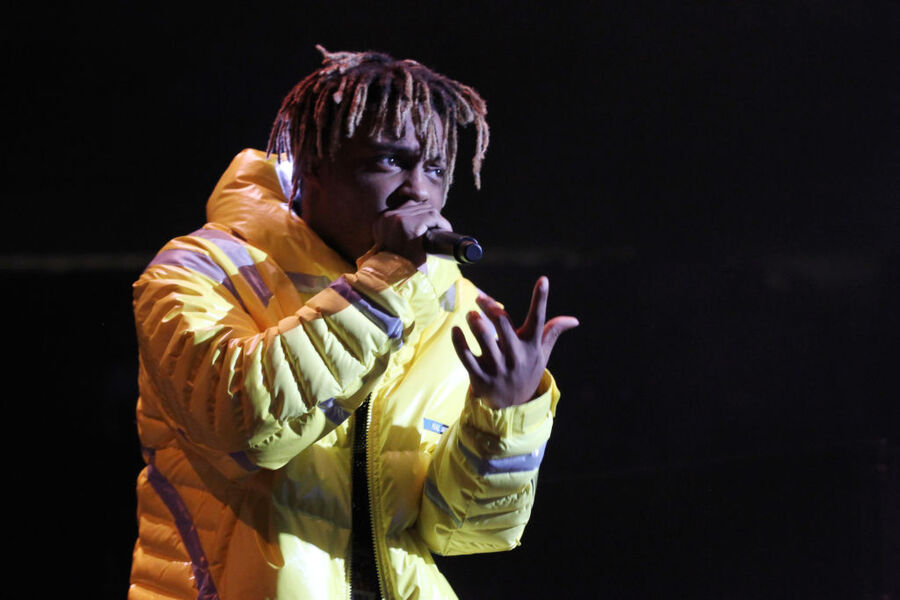 Lawsuits like this are growing increasingly common in the music industry, as artists like Katy Perry, and Pharrell & Robin Thicke have been forced to hand over money to other artists in connection to popular songs. But according to a statement from Yellowcard's attorney Richard Busch, it was a last resort for the band to find restitution:

"This was not a lawsuit the guys wanted to file. They put all of the parties on notice a long while ago and gave them every opportunity to try to resolve it. That notice was pretty much ignored leaving them with no real choice. As alleged in the Complaint, this is not just a generic Emo Rap song, but is a blatant copy of significant original compositional elements of Holly Wood Died in several respects. Beyond that, everything we have to say is in the Complaint."

Now time will tell if a jury will agree, but if it does Juice WRLD will be in a bit of a spot. As a recent story in The Fader points out, he's already sharing a portion of the song's royalties with songwriter Sting, a sample of whose song "Shape of My Heart" forms the backbone of "Lucid Dreams." So Sting reportedly already gets 85 percent of its songwriting royalties as it is. If Yellowcard gets a chunk of the remaining 15 percent, the song won't be producing very much revenue at all for the rapper behind it.