U.S. District Judge Alvin Hellerstein has rejected a proposed $18.9 million victim's fund that would have gone towards the more than 80 women and counting who have accused disgraced film producer Harvey Weinstein of various forms of sexual misconduct, Reuters reports. The fund was part of a larger settlement of almost $47 million, with much of that money set to come from insurance company coffers to Weinstein's own legal defense, which is part of why it's been rejected, the judge says.

Hellerstein called Weinstein's proposal "obnoxious," while a statement filed by attorneys for six of Weinstein's accusers in the case called it "a cruel hoax," owing in part to the fact that not one part of the settlement includes Weinstein accepting responsibility for his actions or even admitting any wrongdoing.

Those attorneys also released a statement after the decision, expressing their approval of the settlement's rejection:

"We have been saying for over a year and a half that the settlement terms and conditions were unfair and should never be imposed on sexual assault survivors. We were surprised that class counsel and the New York Attorney General did not recognize this fact but are pleased that Judge Hellerstein swiftly rejected the one-sided proposal. On behalf of our clients, we look forward to pursuing justice against Harvey Weinstein and his many enablers."

The New York Attorney General's office, mentioned in the statement above, tentatively approved the settlement last month, but now that it's been rejected will have to decide what happens next. 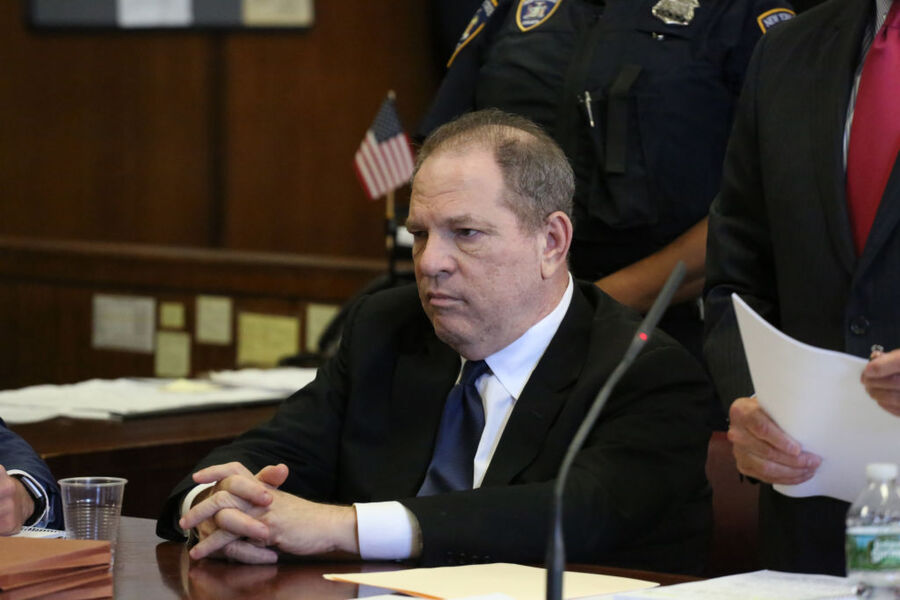 All in all, Weinstein has been accused of some form of sexual misconduct by more than 80 women, and the $18.9 million victim's fund would have gone toward "women who experienced a hostile work environment, sexual harassment, and gender-based discrimination while working at The Weinstein Company, as well as sexual abuse by Harvey Weinstein," per the attorney general's office. But as the filed opposition statement reportedly pointed out, tens of millions more would have gone to lawyers and even towards Weinstein's own legal defense:

"Equally reprehensible are the millions of dollars going to lawyers, corporations and famous actors at the expense of the survivors, while the insurance companies pay pennies on the dollar and Harvey Weinstein himself pays nothing. The efforts being made to prevent women from continuing with their litigation and holding those responsible for their trauma accountable are simply unprecedented. We are heartened by the growing opposition to this settlement and are hopeful that it will be rejected."

One of Judge Hellerstein's other objections to the settlement was that there was simply too much variance between the various plaintiffs' experiences with Weinstein, making a class-action decision implausible. As he explained:

"Not every woman was captured in the same way…Some gave up their bodies because of blandishments… some by force, and some may have done it willingly. And yet your settlement creates an equality."

Variety reports that the way the settlement would work would have been to appoint a "special master" to assess each accuser's complaint against Weinstein and decide on a proper monetary compensation to come out of the $18.9 million victims' fund. But, Judge Hellerstein says, such decisions shouldn't be made by anyone who isn't a legally appointed judge themselves:

"I don't see how I could delegate that responsibility to someone who is not a judge…There is no way I would approve a delegation for that suit. Zero."

No one knows exactly what's going to happen next, and the rejection was a surprise decision that essentially erases 18 months of work done on the proposed settlement, leaving all sides back at square one.

Weinstein is currently serving a 23-year sentence for third-degree rape and a first-degree criminal sexual act, for which he was convicted back in February. And in addition to the civil actions against him, he's also facing additional criminal charges in Los Angeles.