There's been a significant development in the highly contentious divorce between Dr. Dre and soon-to-be ex-wife Nicole Young. And on the surface this might sound like bad news because Dre has been ordered to pay his ex nearly $300,000 PER MONTH in spousal support. So. How is that actually good news for Dre??!!

To be more precise, Dre is now on the hook for $293,306 per month starting on August 1st, which is in line with the infamous prenup that was (depending on who you ask) agreed to by the couple before they got married some 25 years ago. How is that good news? Because it's quite a bit less than what Young was seeking in court. As an anonymous source disclosed

"The support order is consistent with what he has already been paying since the initial separation…It is a fraction of the $2 million per month Nicole and her lawyers demanded." 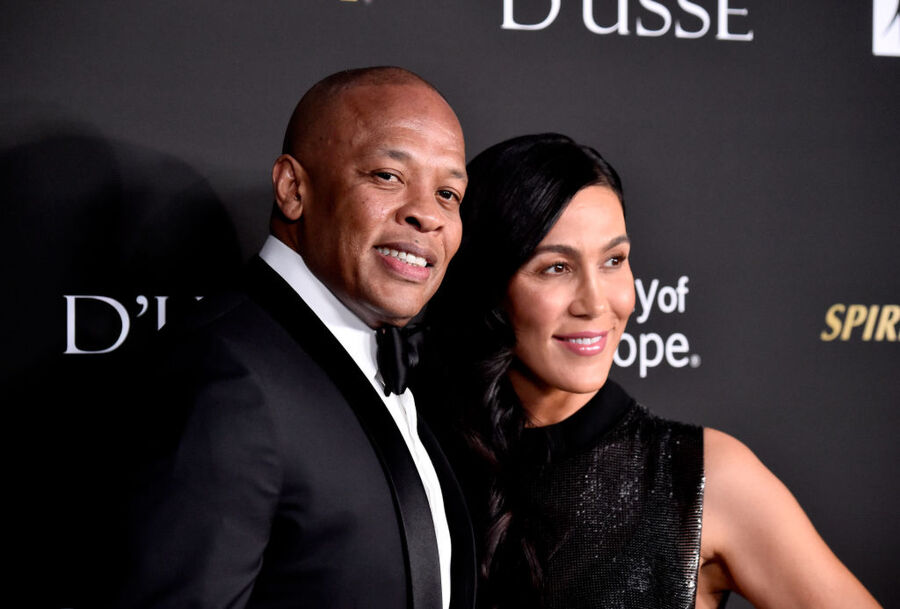 Now, Young will be getting more than $3.5 million per year indefinitely, at least until she decides to remarry or "further order of the Court."

To sweeten the deal, Dre was also ordered to handle Young's health insurance as well as all the expenses associated with their multiple residences in Malibu and the Pacific Palisades.

Young filed for divorce in June of 2020, making allegations in court of various acts of domestic violence against Dre, telling the court that "André has verbally and emotionally decimated my personhood to the extent that I currently suffer from post-traumatic stress syndrome." Her statement went on:

"I have also offered extensive and painful testimony about Andre's relentless campaign of abuse and control over me for more than half of my life…it is misleading, revolting, and insulting for Andre to suggest that I have not been abused because, as a victim of relentless abuse and isolation, I did not create and maintain a contemporaneous record of abuse inflicted on me."

For Dre's part, he denies all the allegations and earlier this year filed a legal motion accusing Young of "false allegations of domestic violence."

With a net worth that is approaching $800 million, the truth is that Dr. Dre could have been on the hook for far more than $300k per month. Soooo congrats to Dr. Dre? You ONLY have to pay your ex the equivalent of a brand new Ferrari every month from now until forever.