By Joseph Gibson on January 20, 2018 in Articles › Celebrity News

Things are… not going great for Harvey Weinstein. As you know, he went from the most powerful force in Hollywood, an archetypal ruthless and invincible movie industry executive to fleeing underground in total disgrace pretty much overnight, after his decades of sexual misconduct were finally exposed to the general public. Now, Page Six reports that Weinstein is feeling the crunch where it really hurts: His cash flow, so much so that he's reportedly told one of his ex-wives that he needs at least a year off from child support due to his newly strapped status.

Weinstein's first ex Eve Chilton filed a claim asking that Weinstein be forced by the court to make an up-front child support payment of $5 million to their 19- and 14-year-old daughters. According to her, Weinstein told her that he was cash poor and wouldn't be able to make payments for about a year – as her attorney put it in court:

"He's prepaying many, many lawyers many, many millions of dollars to defend himself against these lawsuits all over the world." 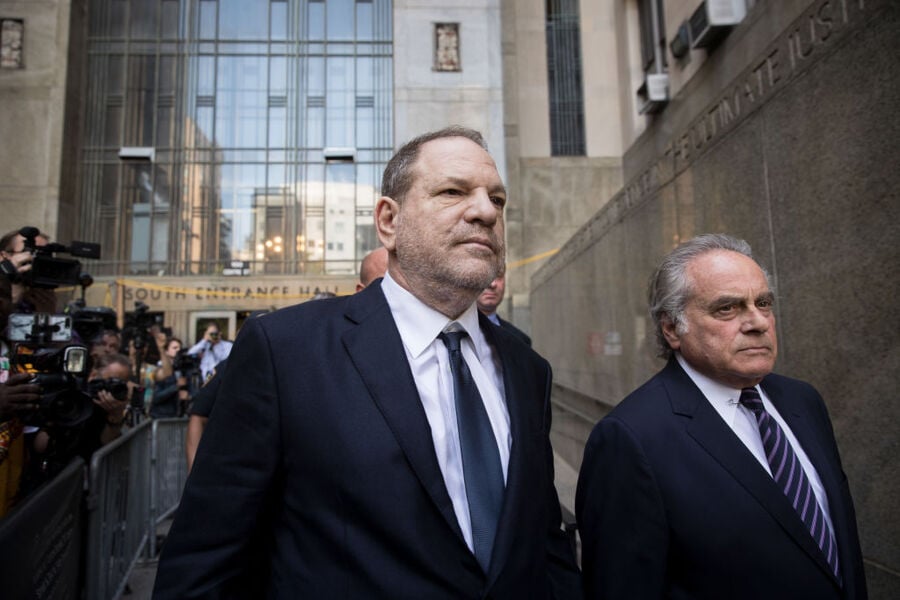 The judge didn't agree with her assertions, and that despite Harvey's tough circumstances, he's never missed a child support payment in the past, and that "a consistent pattern of arrears" wasn't adequately proven by Chilton's lawyers, which is required by law in order to force someone legally to pay child support in advance, even if they allegedly ask for a break in the payments. For Weinstein's part, his attorney Ben Brafman (who has to have one of the worst jobs in America right now) denied that any such break was necessary:

"Harvey has always paid his child support and will continue to honor his obligations. The claim about not paying for a year is nonsense."

Child support is far from the only expense Weinstein has to worry about – he also recently signed a divorce settlement with his most recent ex-wife Georgina Chapman, reportedly to the tune of between $15 and $20 million.