If Jon Stewart Goes Direct-To-Consumer, He Could Quadruple His Comedy Central Salary

By Brian Warner on February 12, 2015 in Articles › Celebrity News

Earlier this week, Jon Stewart shocked his fans with the unexpected announcement he will retire in a few months, after 16 years as host of Comedy Central's The Daily Show. As for his reasoning, at the end of Monday's show Jon remarked: "I don't have any specific plans. Got a lot of ideas. I got a lot of things in my head. I'm going to have dinner on a school night with my family who I have heard from multiple sources are lovely people."

So maybe it's as simple as that. Maybe Jon is just sick of the grind and wants to relax at home with his family. Read some books, learn to paint, finally watch a season of The Bachelor. Maybe he wants to use his time to focus on more altruistic efforts like charity and teaching. OR! Maybe his announcement has nothing to do with altruism at all. Maybe it has more to do with a different "ism," CAPITALISM.

Perhaps Jon Stewart did the math and realized that he could be making A TON more money by leaving Comedy Central and taking his show direct-to-consumer.

Jon Stewart's salary for hosting The Daily Show is $25 million a year. That's roughly $2 million per month for a job that only requires four days of work per week (the show does not air Fridays). Who would walk away from a gig like that? Well, you would do the same thing if you knew there was a relatively risk-free way of quadrupling your salary for the same work. 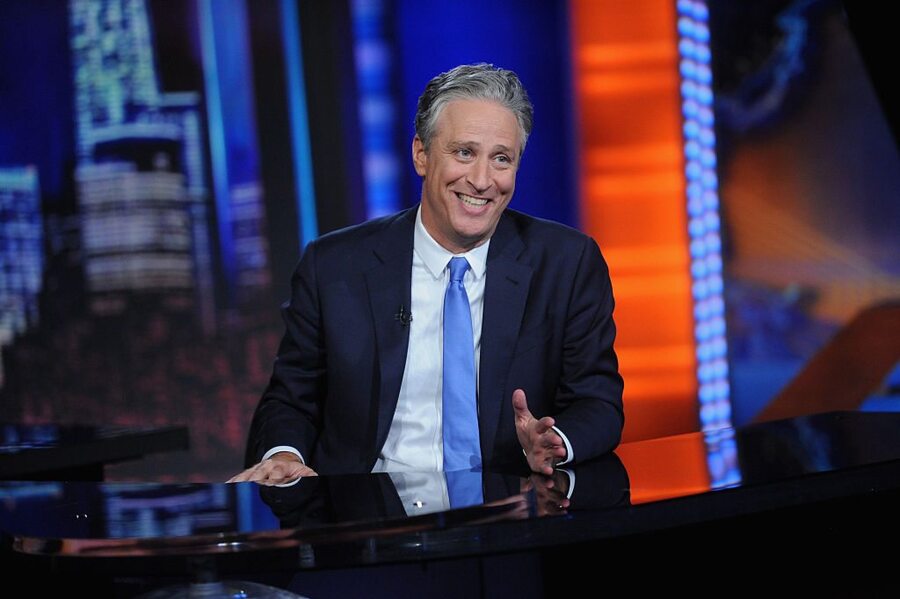 Earlier today, former Yahoo CEO Ross Levinsohn went on CNBC and made the case for this exact scenario. Ross pointed out that if one million people opted to pay $8 per month for a direct-to-consumer version of The Daily Show (it would get a new name), that would translate into $96 million per year in revenue. And that's before any promotions are sold. Adding a few sponsors could easily tack on another $1 million per month. That would bring total revenue to $108 million.

Jon could record and produce the entire show from his basement in New Jersey. No more commuting in and out of Manhattan. And let's say he used $8 million to cover his overhead (which would be a lot of overhead for a production that doesn't require much more than a few writers, two cameras and some editors), that would still leave $100 million leftover for Jon. That's exactly four times his current salary.

If you think this scenario is unrealistic, look no further than Glenn Beck. Glenn pulled an similarly unexpected move when he left Fox in 2011 and began doing a two hour subscription-based internet show on TheBlaze TV. In his first year going direct-to-consumer, Beck earned $27 million. By year two, he was personally earning $40 million off 300,000 paying subscribers. Today Glenn earns an estimated $60-70 million per year going direct to his audience.

If Glenn Beck can make $40 million off 300,000 subscribers, surely Jon Stewart can, at the very least, do exactly the same. I also personally believe that Jon Stewart would be a much bigger draw online. He is basically an entire generation's source of news and opinion.

To be clear, this is just speculation at this point. As we said previously, maybe Jon just wants to sit at home and watch The Bachelor.

Would you pay $8 a month to watch Jon Stewart?