By Joseph Gibson on May 4, 2022 in Articles › Celebrity News

The ongoing defamation trial between Johnny Depp and Amber Heard is getting plenty of headlines lately, so you probably know the broad outline of the case. Very basically, Depp is suing ex-wife Heard for defamation of character stemming from an op-ed the actress wrote in December 2018 in which she somewhat implicitly accused Depp of physical abuse. This week, Depp's former talent agent Jack Whigham testified on the matter. According to Whigman, Heard's op-ed was "Catastrophic" to Depp's career, costing him tens of millions in salary.

According to Whigman, Depp made three films in the year before Heard's op-ed was published. Depp apparently was paid $8 million for his services on the film "City of Lies," $10 million for a brief role as the victim in "Murder on the Orient Express," and $13.5 million for "Fantastic Beasts: The Crimes of Grindelwald," a project that was intended to be a multi-project franchise role for Depp which was recast after he lost a libel suit surrounding the allegations in the UK. 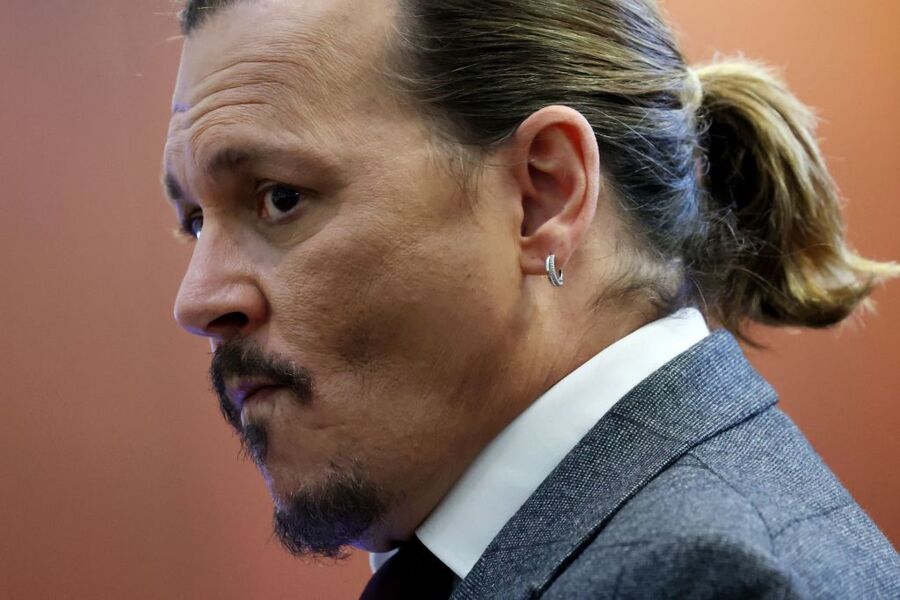 Whigham claimed in court that after the op-ed came out Depp's ability to get work was severely diminished. For example, he took the relatively paltry sum to make the independent feature "Minimata" in 2020. But worst of all wass the collapse of what Depp claims was a verbal agreement for him to star in a sixth installment of the "Pirates of the Caribbean" franchise for Disney. According to Whigman's testimony, that verbal agreement would have earned him a payday of $22.5 million.

Altogether, Depp's legal damages expert testified in court that the op-ed (which he asserts wasn't true) cost him a total of $40 million in potential earnings, between the $22.5 million for a sixth "Pirates" film and another $17.5 million in scuttled film projects and endorsement deals.

If the court ends up agreeing, Heard could be on the hook for the $50 million in compensatory damages Depp is seeking, plus another $350,000 in punitive damages. Stay tuned, not that you have much of a choice in the matter if you spend any time online.