We've been covering the lawsuit that Johnny Depp filed against his former managers alleging gross mismanagement of his money. It keeps taking twists and turns and grows uglier by the day. Depp alleges that his current financial hardship is due to The Management Group using his assets to secure $40 million in loans. The loans were then used to cover up years of mismanaging his money, according to legal docs filed by Depp's attorney. That sounds pretty bad. There's only one thing—the Management Group has emails sent back and forth between them and Depp in which the Pirates of the Caribbean star acknowledges his financial woes. The Management Group also has receipts showing Depp's excessive spending, including the fact that he bought an entire town in France, and the fact that he pays a sound guy to be on set with him to feed him his lines through an earpiece like Cyrano so that he doesn't have to waste his precious time memorizing them. 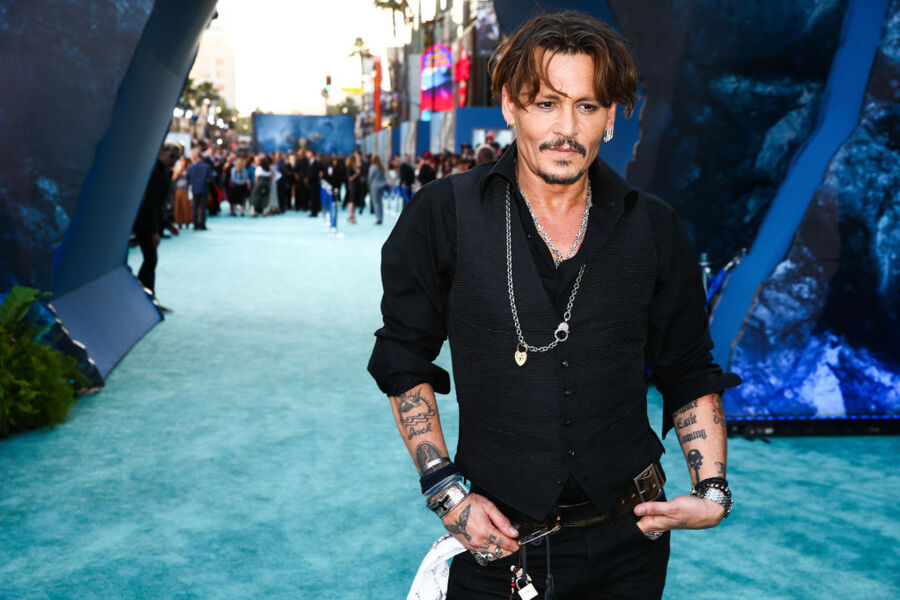 After Depp filed a $25 million lawsuit against his former managers, they decided to make correspondence between their former client and their office public to prove that Depp had been well aware of his overspending for years. Deadline obtained emails from late 2009 that reveal Depp's accounts were overdrawn by $4 million. TMG partner Joel Mandel emailed Depp to advise him to keep his holiday spending and travel within reasonable amounts.

Note: the typos, grammatical, and spelling errors within these emails are from the authors, in this case Mandel and Depp.

"Since my email to you in September, I have done what 1 was told you wanted done, meaning, "getting us through" financially until work could start again. The good news is that, so far, we have been able to do that. Notwithstanding, I need your help in a variety of ways. First, we need to "take it easy" on holiday spending. Second, we need to discuss some dollar limit in the upcoming Dillinger auction. Third, I need to be able to sit with you on your return from this trip, and before you leave for France, so that we can talk about where we are financially, what we have borrowed in order to sustain ourselves, what we have had to do to obtain those borrowings, what is now necessary to pay those borrowings back and, finally, to look realistically at income and expenses and to work together on how to make sure that these are back in balance."

That seems reasonable, right? After all, Depp was paying TMG to keep track of his accounts and balances. Well, Depp did not think that being asked to reign in his spending was a reasonable request at all.

"first, thank you for dealing and getting me through. secondly, i am doing my very best on holiday spending, but there is only so much i can do, as i need to give my kiddies and famille as good a Christmas as possible, obviously within reason. but, regarding the plane situation,., i don't have all that many options at the moment. a commercial flight with paparazzis in tow would be a fucking nightmare of monumental proportions. what else can i do??? you want me to sell same art??? i will. you want me to sell something else??? sure… what??? boat is going to be chartered at new years and sony will then charter it for the TOURIST shoot in venice. other than that, i got bikes, cars, property, books, paintings and some semblance of a soul left, where would you like me to start???"

Depp's email proves that one should stay in school, but besides that, he also was sure that he could make everything alright quickly. Depp pointed out that his upcoming movies should bring him back into the black, claiming that he would make $20 million from The Tourist, $35 million from the new Pirates of the Caribbean, and $20 million from Dark Shadows.

The Management Group is maintaining that Depp and Depp alone is to blame for his financial situation. What can you expect when you spend $30,000 a month on wine and $3 million shooting Hunter S. Thompson's ashes out of a cannon?

Oh, and by the way, the "financially destitute" Depp has a net worth of $200 million.