We usually think of the rich and famous as being able to bend the law of the land to suit their purposes, but that isn't always the case. One exception to the rule happened recently in Australia, where Johnny Depp is shooting his latest Pirates of the Caribbean joint. The Australian government caught wind of the fact that Depp's two dogs, named Boo and Pistol, were staying at the actor's rented house without having first been cleared as being free of disease. Not following the quarantine protocol is something Australia's Agricultural Minister Barnaby Joyce takes very seriously, and as a result, the dogs had to be shipped back to Los Angeles — via a private jet, naturally.

The private jet from Australia to Los Angeles cost Johnny Depp about $320,000, which is an interesting coincidence, given that he's now facing fines as a result of this snafu totaling around $340,000. And if you're thinking to yourself that there's no way he chartered a private jet just for his dogs — that's exactly what he did, after deciding to stay in Australia to finish shooting the movie. It was a surprising show of good will given his emotional attachment to the dogs and their being forced across the world, away from him, but I guess when you're a professional you try to get the job done no matter what. 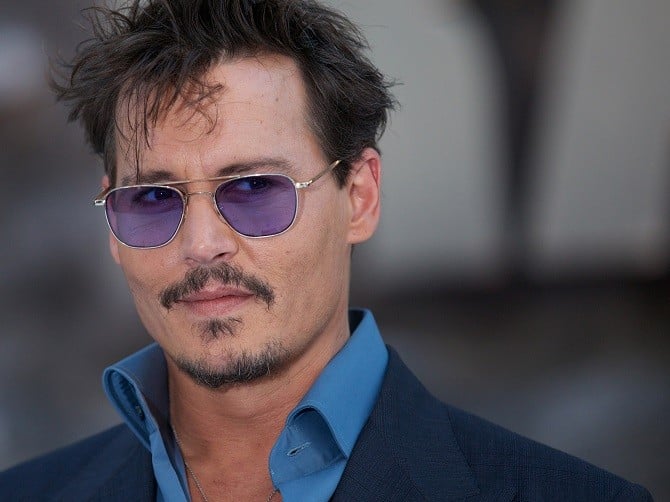 On board the plane with Pistol and Boo was Depp's father-in-law David (father of Depp's wife, actress Amber Heard). As for the dogs themselves, once they were crated onto the plane, they were allowed to walk around freely in the cabin, which just goes to show it's nice to be rich even if you're a dog. And these dogs certainly are rich, with Johnny Depp's estimated net worth hovering around the $400 million mark.

Australia is known for having very strict laws regarding the transfer of animals onto its land, and Depp and Heard skipped a very involved and complicated process when they failed to declare the animals on their shipping manifest when they arrived in the country. It's a process made up of a reported 19 different steps, and Australia's agriculture officials take it very seriously, as the fines Depp might have to pay clearly indicate. But that's not the most serious consequence he was risking by bringing the dogs in under the table — if it were, he probably would have just paid the fines and kept the dogs with him, being rich and all. No, the decision was made to fly the dogs back to the United States after the Australian government gave notice to Depp that if he didn't make arrangements to get the dogs out of Australia within 50 hours, they would have to be put down.

Johnny Depp wasn't doing himself any favors by trying to circumvent the law, since the Pirates production had to go through a ton of legal hoops in order to bring a bunch of monkeys into the country for the movie, and as a result he couldn't even plead ignorance about the laws. It just goes to show that sometimes even rich and famous pirates have to obey City Hall.