By Joseph Gibson on October 10, 2020 in Articles › Celebrity News

John McAfee's years-long odyssey of erratic, bizarre, and evidently tax-free adventures has come to an end after US authorities arrested the antivirus software mogul in Spain on charges of tax evasion. McAfee has been indicted on five counts of tax evasion as well as five counts of willful failure to file a tax return, charges that could result in as much as 30 years in prison if he is convicted for all of them.

CNBC reports that the arrest and indictment comes shortly after the Securities and Exchange Commission announced that it was also seeking civil recompense from McAfee, revealing allegations of more than $23.1 million worth of undisclosed income on McAfee's part stemming from seven fraudulent or otherwise misleading cryptocurrency offerings touted by McAfee on his Twitter account between November, 2017 and February of the following year. 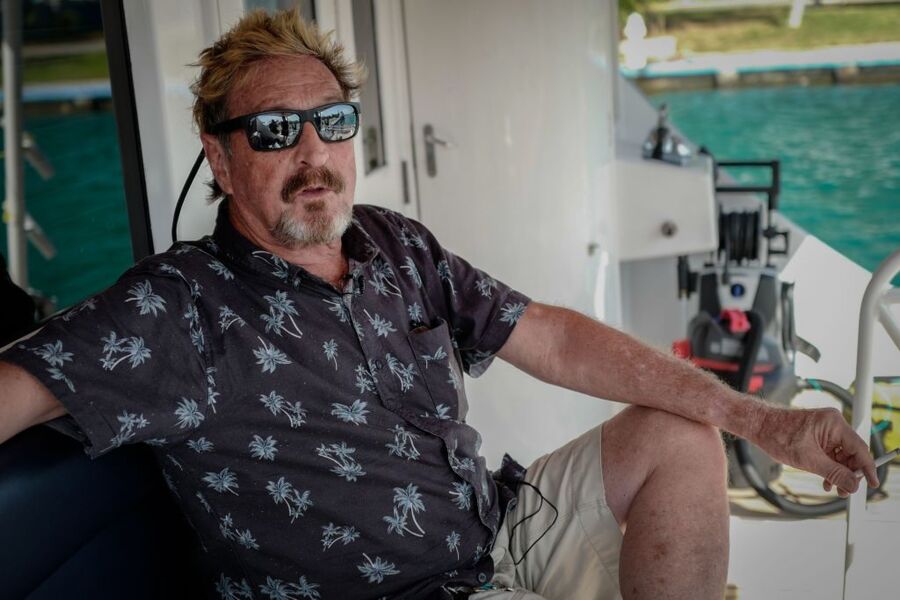 The indictment also says that McAfee hasn't filed any tax returns at all between the years 2014 and 2018, as required by law. The US Department of Justice reportedly filed the indictment back in June but it was only recently unsealed, leading to his arrest in Spain as authorities seek to extradite him back to the US to face the charges in court.

Kristina Littman is the head of the SEC's cyber unit, which deals with cases involving cryptocurrency, and in a press release she's quoted on the allegations against McAfee as well as a bodyguard in his employ named Jimmy Gale Watson, Jr. and whom they allege helped him to sell the criminal cryptocurrencies:

The charges against McAfee should come as no surprise to anyone who's followed the man's activities in recent years. He's made no secret of his position that taxation is immoral and that he felt no obligation to pay any US income tax, even going so far as to make such statements regularly on his Twitter account.