Former Republican Speaker of the House John Boehner is known within DC circles for his heavy cigarette habit, an unusual idiosyncrasy these days, with cigarette smoking much less popular than it was decades ago. Now, almost a year after his surprise announcement that he was stepping down as Speaker of the House, Boehner has found a new gig that's more simpatico with his habitual smoking: He's now on the board of directors at Reynolds American, the second biggest tobacco company in the United States and the one that makes both Camel and Newport brand cigarettes

Not only is Boehner a somewhat infamous pack-a-day or more smoker (current House Speaker Paul Ryan told The New York Times he had to sit as far as he could from his former House co-worker because "I just hate getting that smell in my clothes,"), but his favored brand is reported to be Camel Ultra Lights, making this a doubly swell job for this particular tobacco enthusiast. It's a plum upgrade in the financial department too, since in addition to all the free cigarettes CNN reports that the salary for a job on the Reynolds American board of directors can pay between $300,000 and $1 million – a tidy sum compared to Boehner's Speaker of the House salary of $174,000. 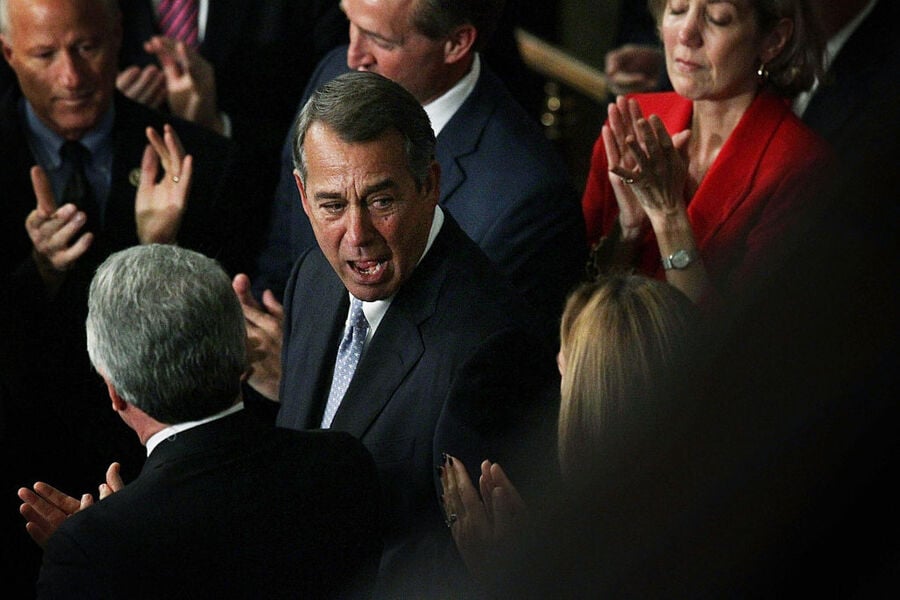 According to the statement announcing the personnel addition made by Reynolds American, Boehner's duties will include serving on the board's corporate governance, nominating and sustainability committee. The job should have a nostalgic glow for Boehner, since before he went into politics in 1990 he had a career in business, serving as president for a plastics and packaging sales company.