Jimmy Kimmel Will Make $15,000 To Host Oscars, Says 'It's Illegal To Pay Nothing'

By Joseph Gibson on December 21, 2016 in Articles › Celebrity News

Hosting the Academy Awards is one of Hollywood's most high-profile gigs, having been held by showbiz legends like Johnny Carson, Bob Hope, Whoopi Goldberg, Billy Crytstal, and many more. But they're not doing it for the paycheck, as recently revealed by next year's host Jimmy Kimmel, who appeared on The Kevin And Bean Show on Pasadena's KROQ to bemoan his relatively paltry $15,000 payday for the job.

Jimmy Kimmel is worth about $35 million, and earns $10 million a  year in his primary gig as host of Jimmy Kimmel Live, so it's not hard to see that a high-pressure job for just $15,000 might seem like a downgrade. But he was in humorous spirits as he talked about the job, telling Kevin and/or Bean his assumed reason for why the pay is so low: "You know why? I think it's illegal to pay nothing." Adding that he finally got the job because the producers of the show "asked like 14 people and they all said no and then there I was." 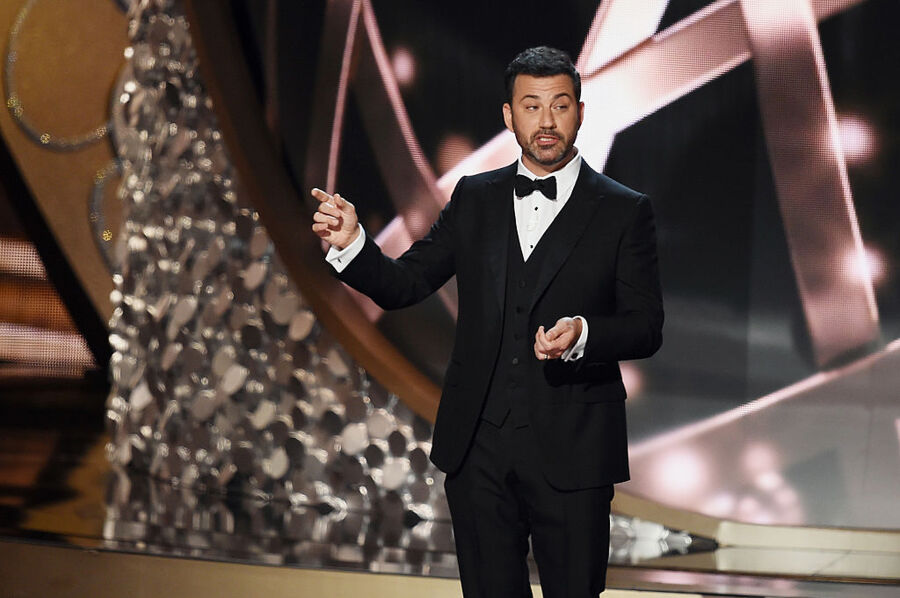 Kimmel also said that he was told his salary for hosting the Oscars is the same that other recent hosts – including Ellen DeGeneres, Chris Rock, and the aforementioned Billy Crystal – made when they hosted the show. Finally, Kimmel had words for anyone who might question his decision to reveal this information to a radio talk show, and by extension the world: "I'm not sure I was supposed to reveal this, but nobody told me not to. I consider this their fault."

ABC, which will air the Oscars telecast, reportedly insisted on Kimmel as a way to pull up the award ceremony's flagging ratings (last year's show hosted by Chris Rock was viewed by just 34 million people, an eight year low), and as a way to promote Kimmel's own late night talk show, also on ABC, and also having something of a struggle in the ratings field as of late.

The 89th Academy Awards will take place on Sunday, February 26th, 2017, when you'll be able to see for yourself whether Kimmel earned his fifteen grand.