By Joseph Gibson on July 5, 2012 in Articles › Celebrity News

Fitness expert Jillian Michaels is feeling a different kind of burn since Tuesday morning, when the TV personality woke up and discovered several items missing from her house. As it turns out, someone had broken in and burglarized her house. But he didn't just get away with some jewels or other small valuables – the burglar allegedly made off with Michaels' Bentley automobile! 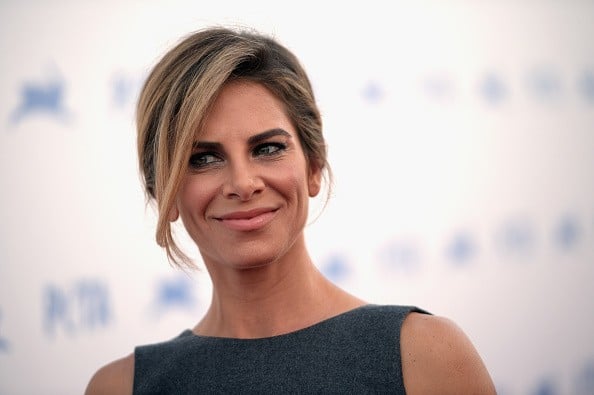 Yes, one of the items that Michaels discovered missing was her car keys, so she immediately checked on her car outside – which, of course, was missing. So she called the police, and later that same day the cops saw someone driving the car matching Michaels' description. Spooked by the cops, the driver took off and accidentally smashed the car into a light pole, after which he was arrested and remains the chief suspect in the burglary. I think it's safe to say that we are not dealing with any kind of criminal mastermind here.

No word as of now on the amount of damage caused by the alleged thief's accident, but hopefully it will be taken care of soon, for Michaels' sake. As for Michaels, her career is in something of a transitional period at the moment, having left her gig on the daytime medical show The Doctors back in 2011. She has continued to stay involved in various fitness-related charitable organizations, and financially has invested in brands such as Flywheel Sports and Popchips.

Whether or not the cops were able to recover any other stolen goods from the burglary suspect is unclear, but the Bentley is almost definitely the most valuable think missing, from a financial standpoint. Depending on the type of Bentley it was, it could have cost Michaels between $100,000 and $200,000, so unless something of great sentimental value was also stolen it's a safe bet she was most concerned about the car.