By Joseph Gibson on May 9, 2012 in Articles › Celebrity News

Jessica Simpson has some shrewd business sense, if the deal she just made with weight loss company Weight Watchers is any indication. The pop singer (and recent mother) has signed a $3 million contract to demonstrate her post-baby weight loss in a national campaign for Weight Watchers.

While it might seem that that puts a lot of pressure on Simpson to lose weight, the worst case scenario probably wouldn't bankrupt her. The singer has plenty of other business deals on her docket, including various beauty products and perfumes, a line of shoes and handbags called The Jessica Simpson Collection, and a second career as a TV advertising personality, appearing in ads for products like Proactiv Solution, DirecTV, and Pizza Hut. 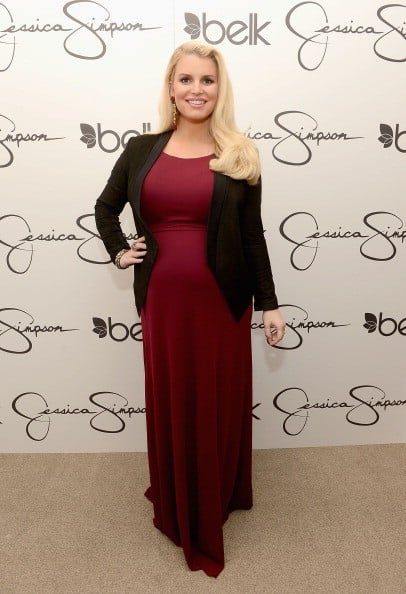 For Weight Watchers' part, this is far from being the first time they've signed a high profile celebrity to serve as the face of their company. Past celebrity spokespeople for Weight Watchers include singer and actress Jennifer Hudson, actress Lynn Redgrave, comedienne Jenny McCarthy, and Sarah Ferguson, the Duchess of York.

It's a shrewd move for both parties, since Simpson gets to rake in some extra dough and finance her post-pregnancy weight loss, and Weight Watchers gets the benefit of all the buzz surrounding the birth of Simpson's child. Simpson gave birth to her daughter, named Maxwell Drew Johnson, just a little over a week ago on May 1.

It's unknown if all of this publicity will result in a return to the recording studio, as Simpson hasn't released an album since 2010's Christmas album entitled Happy Christmas. She's also been absent from her career as an actress, with only a cameo as herself on the HBO series Entourage to her name since 2010. No matter what happens, Jessica Simpson certainly has her work cut out for her to lost that pregnancy weight in time for the Weight Watchers campaign.