We've covered Jessica Alba's foray into the entrepreneurial world for several years. It's been a somewhat rocky road. The Honest Company, which Alba co-founded in 2011, finally went public on May 7. It was a huge hit right out of the gate. Unfortunately the good times did not last… so far at least.

The quick background on The Honest Company is that Jessica had the idea for a natural products company in 2008 after the birth of her first child. As the story goes, Jessica started using a "natural" laundry detergent that was recommended by her mother and was supposed to be baby friendly. Unfortunately the detergent ended up causing Jessica to breakout in a rash.

Jessica quickly learned that most products that were labeled "natural" were anything but.

In 2011 she co-founded The Honest Company with several partners, including the co-founder of LegalZoom and a natural health expert whose father-in-law happens to be Steven Spielberg.

The company raised a little under $30 million in venture capital funding in 2012, before they even had a finished product ready to launch.

In 2013 the company generated an impressive $50 million in revenue. That same year they raised an additional $25 million.

Things got a little rocky with the business over the next few years. There was a lawsuit over the company's baby wipes, which apparently had a tendency to grow mold. A second lawsuit accused the company of calling some of its products "natural" that weren't actually all that natural.

The controversies were devastating.

In early May 2020, analysts predicted that The Honest Co's share price would be $16 when it went public on May 7.

The Honest Company, ticker symbol "HNST," debuted at $21 and rose to just under $24 on its first day of trading. It ultimately ended the day at $19 a share. Still, a very strong signal of success to come! Or… maybe not? 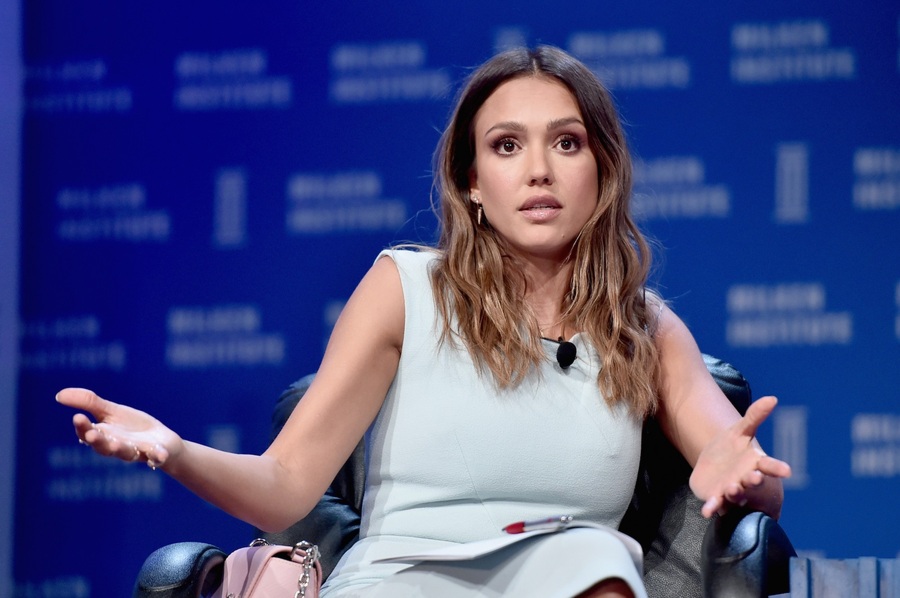 According to the company's most recent SEC filings, Jessica owns approximately 5.65 million shares of HNST. That's roughly 4.8% of the company, which is a far cry from the roughly 30% she owned a few years back. Those down rounds are brutal to the cap table!

At $24 a share, her stake was very briefly worth $135 million on May 7. At that level the company's market cap was $2.7 billion, well above it's peak private valuation of $1.7 billion. Anyone who bought in at that round was ecstatic at this level.

As of this writing, the paper value of Jessica Alba's Honest equity has dropped 30% in around 10 days, peak to trough.

So let me just be clear that I am not a professional stock analyst, just a casual observer. Do not listen to me when considering a stock to buy or not buy.

With that in mind…

The Honest Co. has never turned a profit. In 2020, the company reported a net loss of $14.5 million on $300 million in revenue. And that was 2020. The year everyone was home cleaning constantly. I don't know about you but we have enough wipes, soaps and cleaning supplies to last us another year or two. And we're no longer compulsively wiping everything down. So maybe they'll last even longer.

And this is a totally casual observation – What regular Joe/Jane Stockpicker wants to buy shares in The Honest Company when they can buy Apple, Facebook, Tesla… or Bitcoin or Ether? Just doesn't seem like any regular retail investor would care about yet another cleaning company.

This is definitely a stock we're going to keep an eye on. I do wish them luck because their corporate headquarters are just a few miles away from where I'm sitting right now.