By Joseph Gibson on July 5, 2012 in Articles › Celebrity News

One of the downsides of being a celebrity is that unscrupulous companies will sometimes try to use your name or likeness to make a quick buck. That's what happened to Jessica Alba – but luckily for her she was able to use one of the few weapons a celebrity has in this situation: A lawsuit. And this particular lawsuit happened to go in Alba's favor. 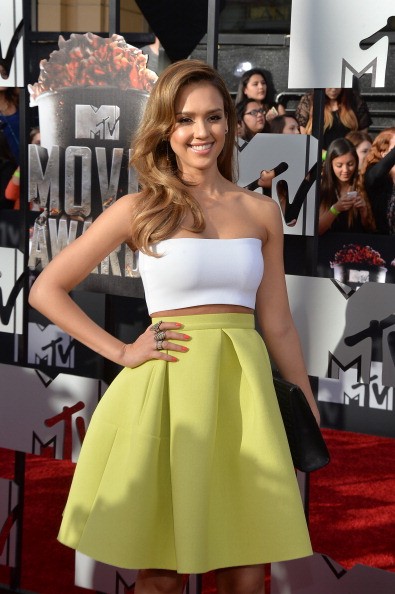 The company Alba filed the lawsuit against back in back in October is called Belly Bandit. They're a weight loss company that targets recently pregnant women in their marketing materials. Jessica Alba took issue with, among other things, the use of the slogan "Jessica Alba's #2 secret for a fast post pregnancy slim down!" Not only was Alba not a user of Belly Bandit, but she never gave the company permission to use her name in any way.

A judge evidently agreed – or someone did, anyway, because Belly Bandit agreed to dismiss their lawsuit and settle with Alba. The exact terms of the settlement aren't clear, but reportedly Belly Bandit forked over an unidentified sum of money to Jessica Alba and agreed to stop using her name or likeness in any of their marketing materials or websites.

As for Jessica Alba, the decision comes at a time when she appears to be on the cusp of a big comeback after taking some time off in the wake of her child's birth. She's set to reappear in sequels to two of her most popular recent films, Machete and Sin City both from director/producer Robert Rodriguez, as well as a lifestyle book called The Honest Life. The book will outline how Alba created " a natural, non-toxic life for her family." It is set for release early next year.