Jessica Alba Is Now Worth $350 Million

You probably know Jessica Alba from movies such as Good Luck Chuck, Honey, Fantastic Four and Sin City. You may also have been a fan of her television show Dark Angel, or her guest appearances on shows like Entourage and The Office. I also happen to see Jessica Alba in person roughly once a month, because we shop at the same Whole Foods. No big deal. After a few more Whole Foods run-ins, I think we'll be on a head-nod-hello basis. Yes, she is just as hot as you would imagine in person.

And while these accolades are impressive, in a few years, Jessica will likely be much, much more famous for something that has absolutely nothing to do with TV shows, movies or her Whole Foods shopping habits. Jessica Alba will soon be recognized for her enormous success in the business world. 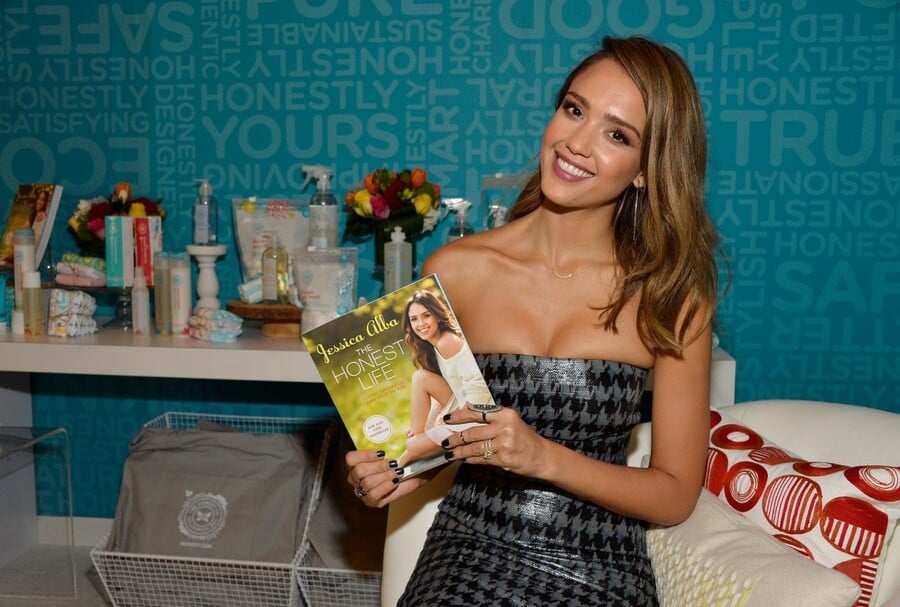 As you may know if you check this site often, Jessica is the founder of consumer products company called The Honest Co., which specializes in manufacturing eco-friendly baby products and household cleaners. The company originally set out to make eco-friendly baby products like diapers, healing balm, wipes and rash creams, but has since expanded to make products for the entire home, including shampoo, laundry detergent, glass cleaner, stain removers, multi-vitamins, sunglasses, toys and much much more. The business employs 275 people, mostly in Los Angeles, California.

Almost exactly one year ago, we wrote about how Jessica's company had raised $70 million from a private equity firm. This investment valued the company at $1 billion. Late last week, it was revealed that The Honest Co. had raised an additional $100 million round of financing, at a $1.7 billion valuation.

Jessica owns 20% of The Honest Co., which means her stake is currently worth $340 million on paper. Combine that with her previous fortune, and Jessica's total net worth now easily tops $350-360 million.

And that could go even higher if The Honest Co. eventually gets bought out or goes public, which is obviously the eventual plan. If a company like Proctor and Gamble plunked down $3 billion to acquire The Honest Co., which isn't difficult to imagine, Jessica would receive $600 million (before taxes).

We'll keep you posted on any new major developments with Jessica and Honest as they happen.