By Joseph Gibson on November 6, 2015 in Articles › Celebrity News

It's no surprise that the sitcom that bears Jerry Seinfeld's name was one of the most popular, culturally significant, and lucrative shows of all time, but you still might be surprised to find out how lucrative it continues to be for its co-creator and star.

To start with, Jerry Seinfeld pulled in an extremely healthy salary back when he was working on the show – even before the lucrative syndication rights and other present and future revenue streams it generates – as he was making a million dollars per episode, along with his three co-stars. But it was after the show's massively phenomenal series finale that the real money began to be made for Jerry Seinfeld, his partner-in-neurosis Larry David, and the show's various other lucky assorted rights holders. 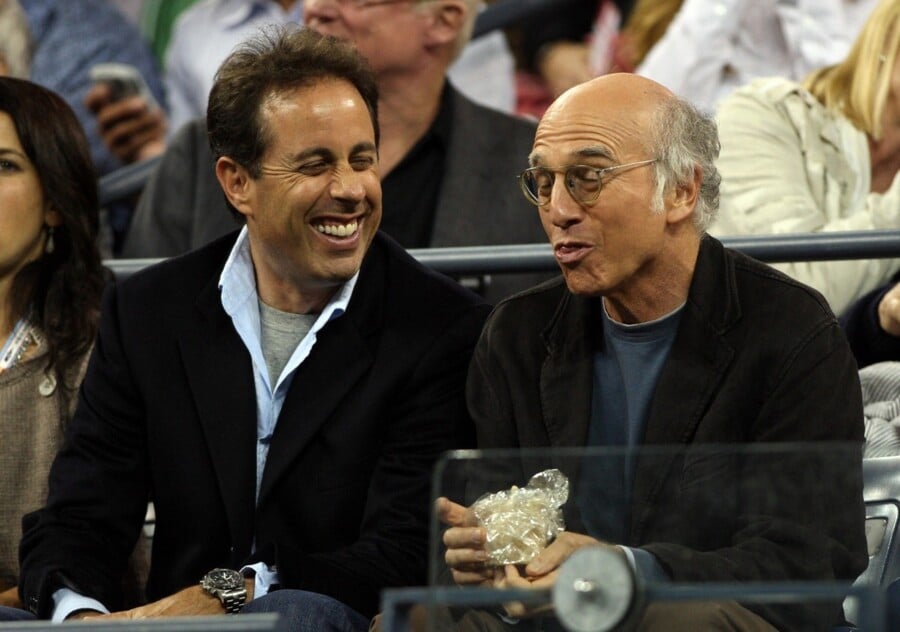 In syndicated reruns, Seinfeld has continued to be a popular favorite, as evidenced by the fact that you can usually find a rerun somewhere on TV within at just about any given time. As of last year, the show earned a total of $3.1 billion in syndication, at its peak selling off reruns to channels at a rate surpassing $5 million per episode. That figure includes what cable channels have paid to get their piece of Seinfeld action, which was an estimated $379 million in revenue for the show's first three syndication cycles (it's in its fifth now).

It can be a confusing sea of numbers, and the exact terms of Jerry Seinfeld's slice of this massive (and still hot) pie haven't been fully disclosed. But the show has made him an extremely wealthy man, with a net worth of at least $800 million. The show's recent deal to stream all of its episodes on Hulu is worth another $160 million (or about $875,000 per episode), a significant slice of which went directly to the man who made it all possible.

At some point, people may stop watching Seinfeld on TV and on the internet. But it's safe to assume that Jerry Seinfeld doesn't have to worry about that, at least not when it comes to his paycheck.