By Joseph Gibson on September 22, 2017 in Articles › Celebrity News

Comedy legend Jerry Lewis had a long career in show business, and during that time he earned a reputation for being a grumpy, mean-spirited person offstage that was almost as significant as his work in comedy and film. In what may go down as his final cantankerous move, The Blast reports that all but one of his children were cut out of his will. And when I say "cut out," I don't mean that their names were simply excluded, or that they simply won't get a check from their late father's executor, but that he actually actively excluded them from consideration in his will. Here's the excerpt in question dealing with six of his seven children:

"I have intentionally excluded Gary Lewis, Ronald Lewis, Anthony Joseph Lewis, Christopher Joseph Lewis, Scott Anthony Lewis, and Joseph Christopher Lewis and their descendants as beneficiaries of my estate, it being my intention that they shall receive no benefits hereunder."

Nothing, and you'll forgive me for saying so, funny about that. Now that Jerry is gone, no one can say for sure what was going through his mind when he made this decision, but the comedian and filmmaker was known to have had a complicated, if not outright hostile, relationship with his six sons from his first marriage, to British singer Patti Palmer. One of those sons – Joseph Lewis – actually died from a heroin overdose in 2009, and had been dead for three years when the will was executed. 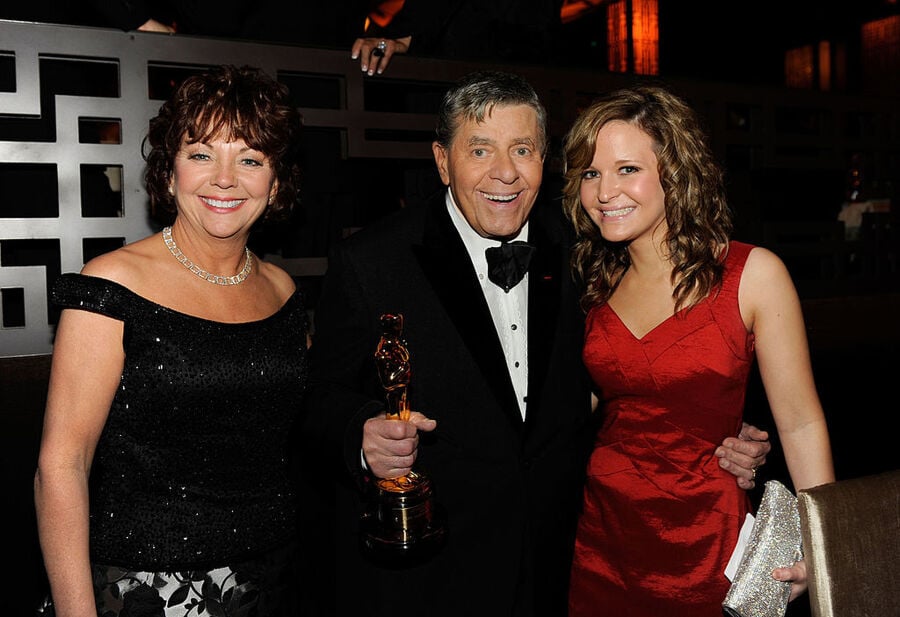 The Lewis estate is estimated to be worth millions in cash and real estate holdings, with the real big money value coming in the intellectual property rights to Lewis' films, which the comedian owned himself. These assets, instead of being distributed among Lewis' living children, will instead go to his second wife (and widow) SanDee Pitnick, with his by-all-accounts beloved daughter Danielle being next in line.