By Joseph Gibson on March 7, 2017 in Articles › Celebrity News

The recent Academy Awards ceremony was packed with incident, most of which you either already saw or have heard about. But in the midst of all that tumult, drama, and misadventure, there was Jennifer Aniston, who according to Us magazine was decked out in two pieces of diamond jewelry that together cost more than $10 million.

Both of the diamond pieces worn by Aniston at the Oscars were the work of famous jeweler Lorraine Schwartz. First up is Aniston's a 20-carat Golconda diamond ring, which comes with a price tag of $1.2 million. Then there are a pair of emerald-cut earrings, bearing a combined load of 100 carats of diamonds. The earrings are valued at $9.5 million, bringing Aniston's total jewelry budget to an impressive $10.7 million. 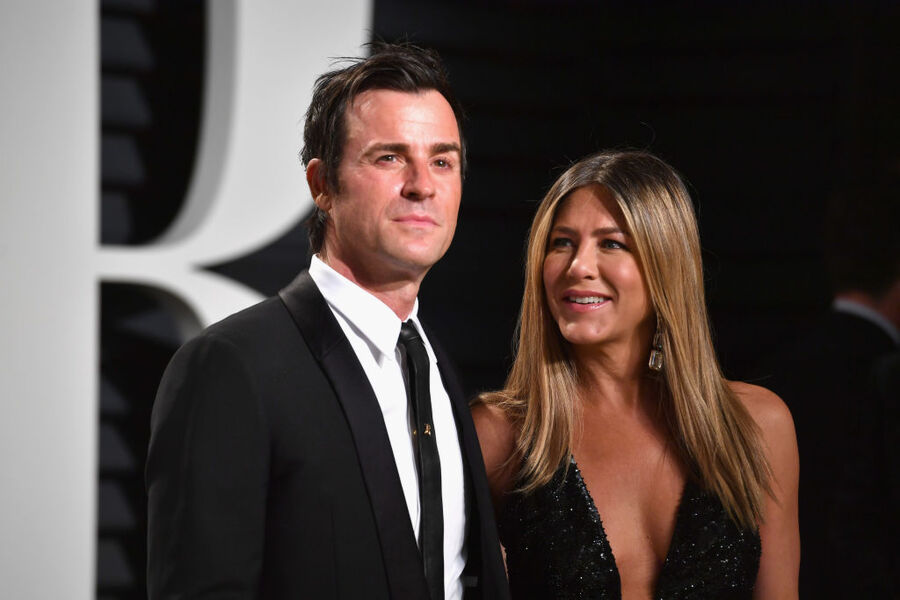 I don't know anything about jewelry, but I am somewhat surprised that someone wearing $9.5 million worth of jewelry on her ears would then mostly hide it behind her hair, but I guess that's Hollywood for you – of course, as you can see in the photo above, diamonds that big are rarely completely out of sight. The rest of her Oscars outfit consisted of a black, beaded Atelier Versace dress. She attended the ceremony with husband Justin Theroux, and she even had a gig on the show itself, hosting the unfortunately well-populated "In Memoriam" segment for the movie industry figures who passed away over the last year.