By Joseph Gibson on August 3, 2012 in Articles › Celebrity News

You probably don't turn to the nation's adult film stars for political insight, but just in case you do, Jenna Jameson has publicly announced who she plans to vote for in November: Former Massachusetts Governor Mitt Romney. 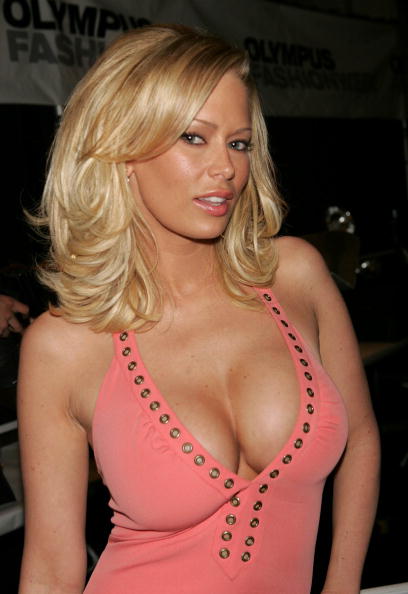 And Jameson's rationale for her decision is nothing if not honest: She says that since she's rich (with a net worth of $30 million, incidentally), it's natural that she wants a rich Republican in the White House. Here's Jameson on her hotly anticipated announcement:

"I'm very looking forward to a Republican being back in office," said James while "sipping champagne in a VIP room" at the gent's club. When you're rich, you want a Republican in office."

Of course, no one asked Jenna Jameson about Romney's vow to "crack down" on the adult industry only a few weeks ago – but its safe to say that Jameson would probably be against such measures. Or maybe since she's already made her fortune, she wouldn't be – we'll just have to wait for her to go on Meet the Press to be sure.

As for Romney, it's unlikely he'll comment on the endorsement publicly for several reasons. For one, an endorsement from an adult star, especially of a Republican candidate, is likely to alienate many more potential voters than it would attract (especially since most people probably won't care at all). But there's also the matter of the actual substance of Jameson's endorsement, which says that Romney is the candidate of choice for the wealthy. This probably isn't a message the Romney campaign wants spread around, especially as the slow economy in the United States is set to be the number one issue in the upcoming presidential election.

Still, Romney is probably just a little bit happy he snagged Jameson away from Obama. He just won't be able to say anything about it in public.