Jay-Z's '4:44' Tour Will Be His Highest-Grossing Solo Tour, Ever

By Joseph Gibson on November 13, 2017 in Articles › Celebrity News

Jay-Z would appear to have struck on a win-win scenario for his ongoing 4:44 Tour. Billboard reports that despite bargain basement ticket prices as low as six dollars on StubHub, the tour will be the highest grossing solo tour of Jay's career.

It only took three dates into the tour for Jay-Z's 4:44 Tour to break that record, with ticket sales seeing a 21 percent spike over figures from Jay's 2013 tour in support of his album Magna Carta Holy Grail. Part of the tour's financial success can be attributed to the ways promoters are changing pricing models in order to thwart ticket resellers like StubHub. Simply put, by setting prices closer to the seats' actual market value and leaving resellers less room for markups, a best of both worlds result is achieved: "a seven-figure per night gross for JAY-Z and a lower get-in-the-door price for fans looking for a deal." 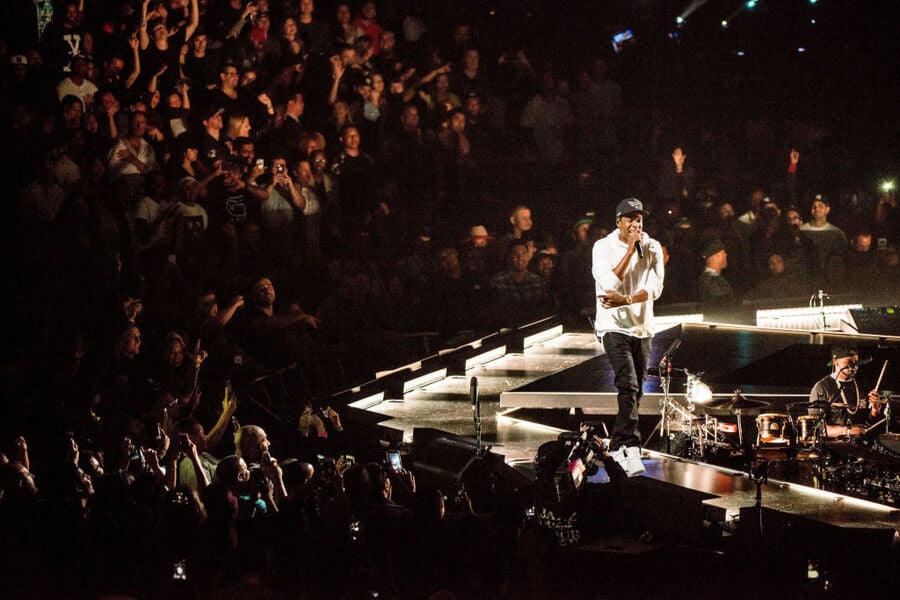 Patrick Ryan of Eventellect, a company that handles ticketing and inventory, is quoted in Billboard about how Jay's touring success could be a sign of things to come in the concert world:

"This might be the future of ticketing. We are seeing many creative pricing strategies and we are seeing artists find what works for them. You generate a ton of revenue up front, but you still have a $25 price point that makes it more affordable for individuals who want to see an arena show."

Another aspect of the 4:44 Tour that's working in favor of Jay-Z and his accountants is his stage show's circular stage, for an in-the-round formation that allows for more seating 360 degrees around the stage. From the ceiling, four giant, two-sided "video walls" hang in view of every seat in the house, for the benefit of the audience as well as the financial benefit of Jay-Z and everyone else affiliated with the tour.

The 4:44 Tour has 34 dates in total, with the final show scheduled for December 21st at The Forum in Inglewood, California.