By Joseph Gibson on May 9, 2017 in Articles › Celebrity News

It may sound weird, given that the brand was founded by Jay Z himself and remains his, but a recently filed lawsuit states Jay has been using it on merchandise without permission, according to TMZ. The lawsuit was filed by Iconix Brand Group, which claims to have paid $204 million for the rights to use the Roc Nation logo, and specifically takes aim at Jay's use of the logo on various pieces of Major League Baseball-branded merchandise.

According to the lawsuit, Iconix says it never authorized the MLB x Roc Nation merchandise, which includes hats, shirts, hoodies, and more. The company claims it never authorized this deal between MLB and Roc Nation, and that it's entitled to a cut of the proceeds therefrom – $10 million at least, with Jay Z, Roc Nation, Major League Baseball, the San Francisco Giants, and also hat brand New Era and retailer Lids all named in the lawsuit. 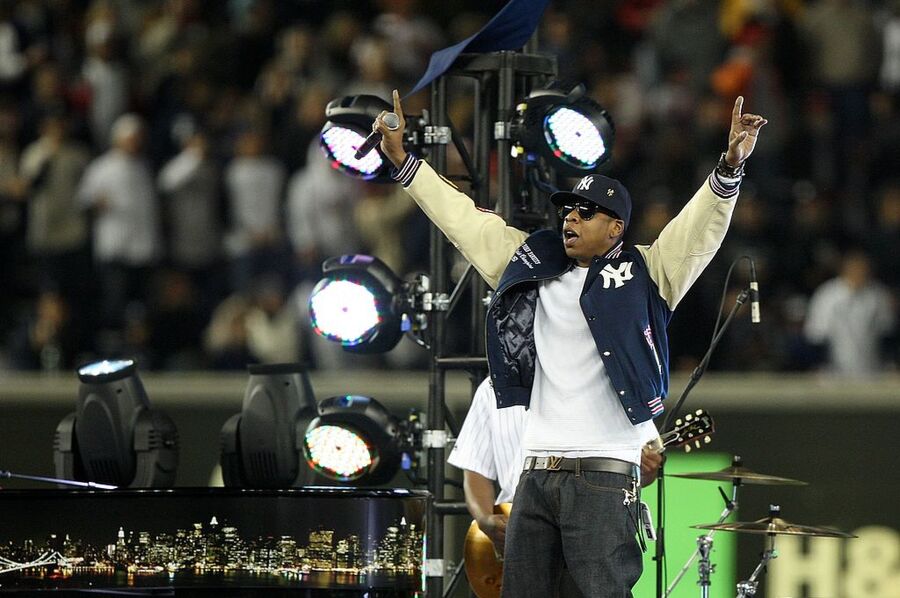 Iconix Brand Group also controls logos belonging to other famous brands, like Ed Hardy, Joe Boxer, and Marc Ecko, but time will tell whether their rights to the Roc Nation logo are as strong as they claim. As for Jay Z, he's yet to comment publicly on the suit, which was only recently filed as of this writing.