By Joseph Gibson on October 10, 2015 in Articles › Celebrity News

Sometimes even hip-hop royalty have to pay the rent every month, which is a situation that once again applies to Jay Z and Beyoncé, following their rental of a mansion in Los Angeles' prestigious Holmby Hills neighborhood, valued at $45 million. It's not the pair's first rented home in LA, following their reported decision to live in the city in order to raise their young daughter, Blue Ivy, but they had to grab it on relatively short notice, because the owner of their previous home decided to sell it off.

If you're wondering how much it costs to rent a $45 million mansion, Jay and Bey have reportedly signed a one-year lease to the tune of $150,000 a month. For that, they're getting 20,000 square feet of living space and seven bedrooms, plus lavish extras like the mansion's giant Olympic-sized indoor pool as well as its outdoor "swimming hole" with included waterfall and lush sculpted gardens. The house itself is the former property of Frank McCourt, ex-LA Dodgers owner, who recently sold it to an anonymous billionaire somewhere in the UK. That mysterious individual made the decision to take in some tenants, and ended up with Jay Z and Beyoncé. 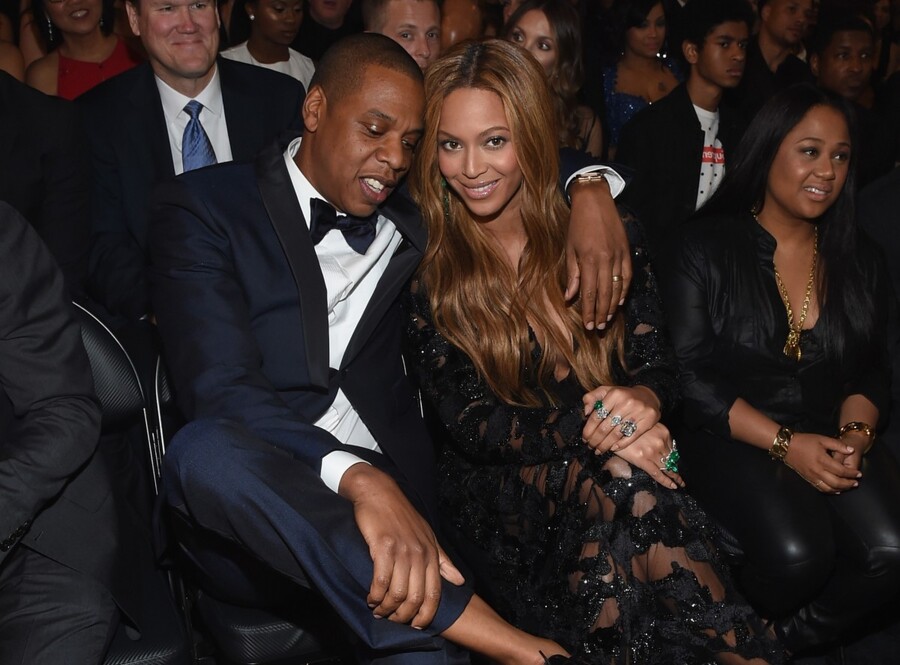 Whomever the owner of the mansion may be, he or she probably doesn't have to worry about either of the mansion's current residents welching on the rent, since together, the pair is estimated to be worth at least a billion dollars. Still, even a billionaire pair can have the occasional residential issue, and the only reason they were looking for a new place in Los Angeles, was because the owner of their previous LA home decided to sell the house out from under them, after they chose not to buy it themselves (it ended up being sold for $35.5 million).

While it appears that their new $150,000-a-month Los Angeles digs will be the Carter family's primary residence, Jay Z and Beyoncé are still in the homeowners' club, thanks to their apartment in New York's Tribeca neighborhood.