By Joseph Gibson on January 31, 2019 in Articles › Celebrity News

Rappers Jay-Z and Meek Mill are teaming up not for a music project but to tackle the issue of prison reform in the US, and in addition to their collaboration, they're pledging a total of $50 million to get the initiative up and running. It's called Reform Alliance, and at a recent press conference announcing its formation, Jay and Mill were not alone among its founders.

Jay-Z and Meek Mill are joined by New England Patriots owner Robert Kraft, Philadelphia 76ers co-owner Michael Rubin, Brooklyn Nets co-owner Clara Wu Tsai, and others in changing America's judicial system for the better. If that seems like a motley crew, it is, bringing together people in different fields and with different political beliefs (Kraft, for one, is an open Trump supporter) for a good cause. For Mill's part, his ten years inside various points of the criminal justice system have given him a particular insight into its flaws. As he explained:

"Every time I started fulfilling my life [within] the music industry, every year or two, there was always something that brought me back to ground zero because of probation. I always wondered what happened to the people in situations worse than mine… I'm one of the lucky ones. I'm here to speak for the ones who don't have a voice. I didn't ask to be the face of reform, but I want to bridge gaps and make the world a better place, especially for my culture."

Even just to attend the press conference, Mill said he had to get permission from his probation officer to travel to New York. Rubin spoke on how he came to take up the cause of prison reform through Mill:

"Meek and I had this argument for years where he would say to me, 'Michael, there's two Americas.' And I'd be like, 'Bro, what are you talking about? We live in a great country.'"

Rubin says he became convinced of the racial bias within the system after he "witnessed the unthinkable" and saw Mill receive a prison sentence of two to four years, a ruling which went against the recommendation of both Mill's parole officer and the district attorney. Rubin went on:

"An hour later, Meek calls me from prison and goes, 'I told you so! I told you there were two Americas!' You were right and I was dead wrong… That day changed my life forever. This problem is so much bigger than Meek. Fundamentally, our criminal justice system is broken and doesn't work." 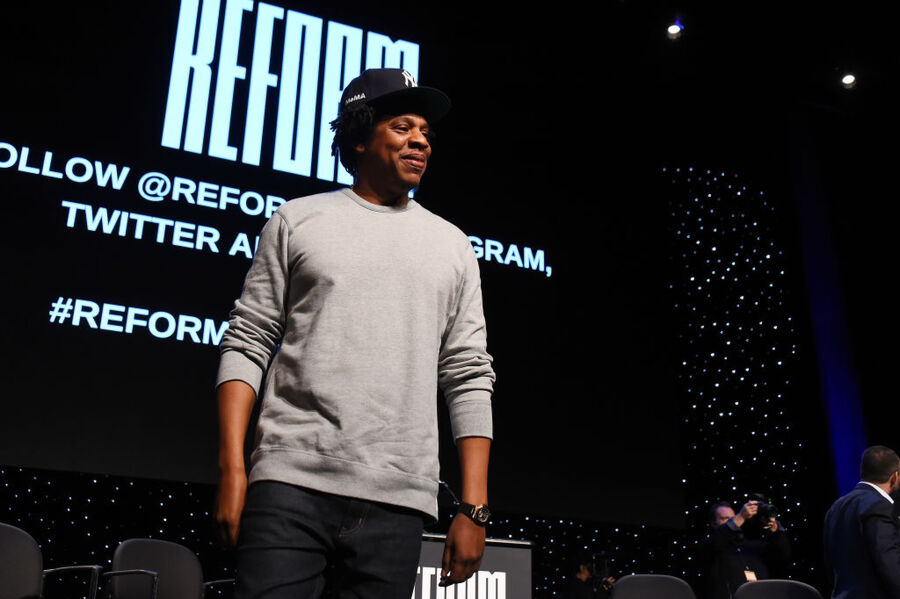 Prison reform in the US is a huge issue and the plan is for Reform Alliance to put its resources and clout behind established organizations, many of which have been in operation for decades. Commentator and political activist Van Jones has been hired as CEO for the initiative, and he explained that its goal would be to not "reinvent the wheel, but accelerate it." The first step in doing that will be to focus on issues affecting the 4.5 million people currently on parole or probation in the US. As he puts it: "This started out as a buddy movie and it's now become the Avengers."