Jay Leno Net Worth: How Much Money Has The Comedian Made Over His Career? And What's His Car Collection Worth?

By Brian Warner on September 6, 2018 in Articles › Celebrity News

Jay Leno has had an absolutely incredible career. There was a time when he earned minimum wage flipping fries at McDonald's in his home town of Andover, Massachusetts, all while dreaming of being a famous comedian when that wasn't really a viable career path. He then spent the better part of a decade honing his comedic craft, mostly in strip clubs, while working as a car salesman during the day. In those early days, Jay established several important financial habits: First, he forces himself to live exclusively off the money he makes performing standup. He's also never carries any debt and avoids credit cards whenever possible. Believe it or not, he has held true to these habits even after transitioning from car salesman to $30 million-per-year television star. He didn't buy a mansion until he could do so in cash. So what is Jay Leno's net worth today? How much did he make during his decades at NBC hosting The Tonight Show? What's the value of his beloved car collection?

Jay Leno began hosting NBC's The Tonight Show in 1992. It's been said that Jay played a slightly dirty/aggressive game to oust former host Johnny Carson early and to force NBC to select him as the replacement over David Letterman. If you want to know more about how this all went down, watch an HBO movie called The Late Shift. It's pretty amazing.

In Johnny's last year, NBC paid him $25 million. That's the same as earning $40 million today after adjusting for inflation, by the way.

In Jay's first year, his Tonight Show salary was just $1 million. He didn't get a raise until 1994 when he was bumped to $3 million. He then proceeded to get small pay bumps every few years. Amazingly, Jay does not have an agent or a manager and insists on negotiating all of his deals himself without any outside professional counsel.

Jay really started to earn big money in the early 2000. From 2002 to 2008 he earned $20 million per year. From 2008 to 2010 he earned $30 million. Impressively, he actually agreed to take a 50% paycut in 2012 to save his staff from layoffs as NBC sought to cut budgets amid an advertising slump. So for the last three years of his career at NBC, Jay made significantly less money than he was contractually owed. A pretty honorable move.

When it was all said and done, between 1992 and 2013, NBC paid Jay Leno $320 million in base salary. And if you'll recall, Jay did not touch a penny of those earnings and instead lived off his standup earnings. What standup earnings? Amazingly, throughout his NBC days, Jay continued to perform standup on a very regular basis. To this day he performs over 200 nights a year. And whatever money he earns from those dates, is the money he lives off… and uses to buy cars. Speaking of cars… 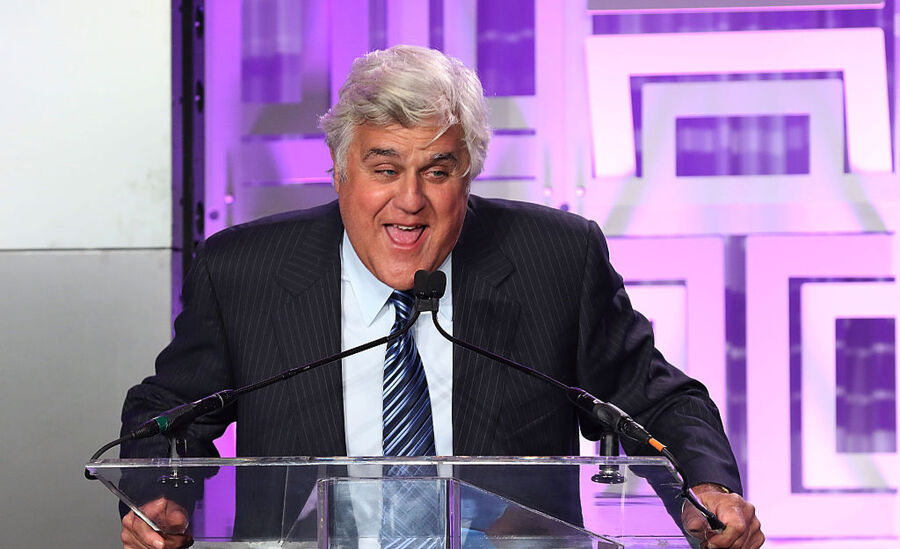 Before Jay was even a car salesman, Jay has had a passion for cars (maybe that's why he took that job!). As he made money, he bought cars. And over the years he has built one of the most impressive private car collections in the world. At his home he can take an elevator straight from the bedroom to the garage. Jay also has a larger garage in Burbank where he houses the majority of his collection which now totals 170 cars and more than 100 motorcycles.

A handful of his cars are worth over $1 million on their own. Some of his most valuable cars include a 2014 McLaren P1 valued at $1.35 million, a 1955 Mercedes 300SL Gullwing Coupe valued at $1.8 million and a one-of-a-kind 2006 GM EcoJet that is almost considered priceless do to its rarity. 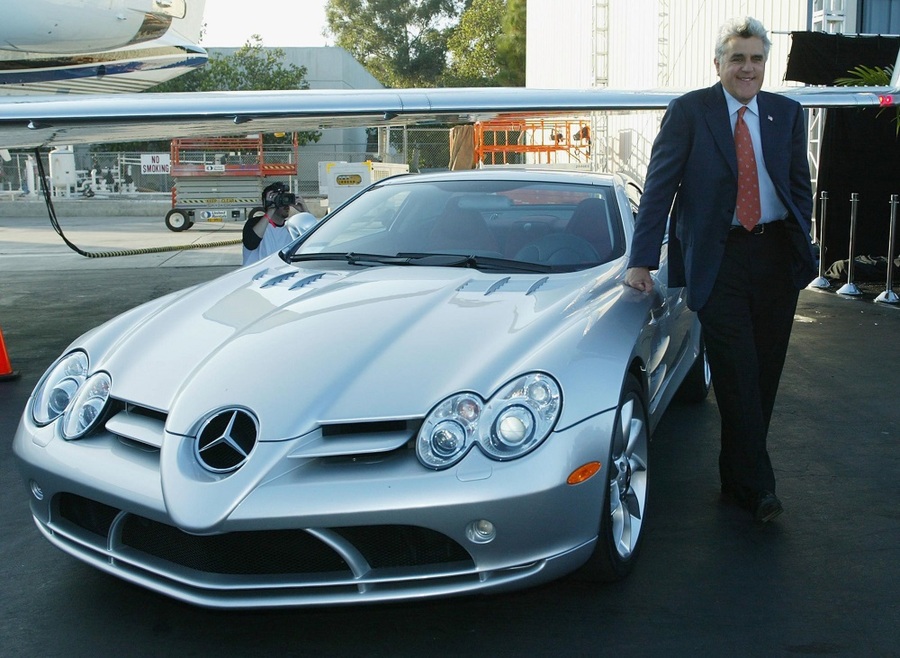 As of this writing, we estimate Jay Leno's net worth to be $400 million. That's liquid assets, real estate and, of course, his car collection. And speaking of real estate, back in 2017 Jay purchased (presumably in cash) a $13.5 million waterfront mansion in Newport, Rhode Island. He also has a mansion in Beverly Hills that he bought in 1987 for $2.45 million. Nearby similar properties are worth $10-15 million today. Interesting that he could afford to buy (in cash, supposedly) a $2.45 million house back in 1987, five years before he started hosting The Tonight Show. He was a very popular comedian and occasional actor at the time.

Jay is still working on TV with his show Jay Leno's Garage which debuted in 2015 and is currently airing its fourth season on CNBC.

What do you think of Jay's financial habits? What's the first car you'd buy for your collection if you had the money?