By Daniel Lipson on April 8, 2017 in Articles › Celebrity News

Recent details were released about the real estate holdings owned by the family of Jared Kushner, son-in-law and senior advisor to President Donald Trump. These documents detailed personal credit lines for as much as $90 million with 10 financial institutions, as of January. Six were jointly held with his parents. Lenders include both major US and international banks including Israel-based IDB Bank Ltd and German's Deutsche Bank AG, where Trump obtains many of his loans. Another note payable up to $5 million is owed to Bank of America.

Kushner divested from 58 businesses before taking office, according to the document. Kushner and his wife, Ivanka Trump, reported a combined income of up to $195 million in the period covering 2016 and early 2017. Much of the amount comes from divesting assets. He is still the primary beneficiary of assets worth hundreds of millions of dollars, mostly in real estate. The Kushner's family business properties have them tied up with lenders in U.S., Israel, France, and Germany. 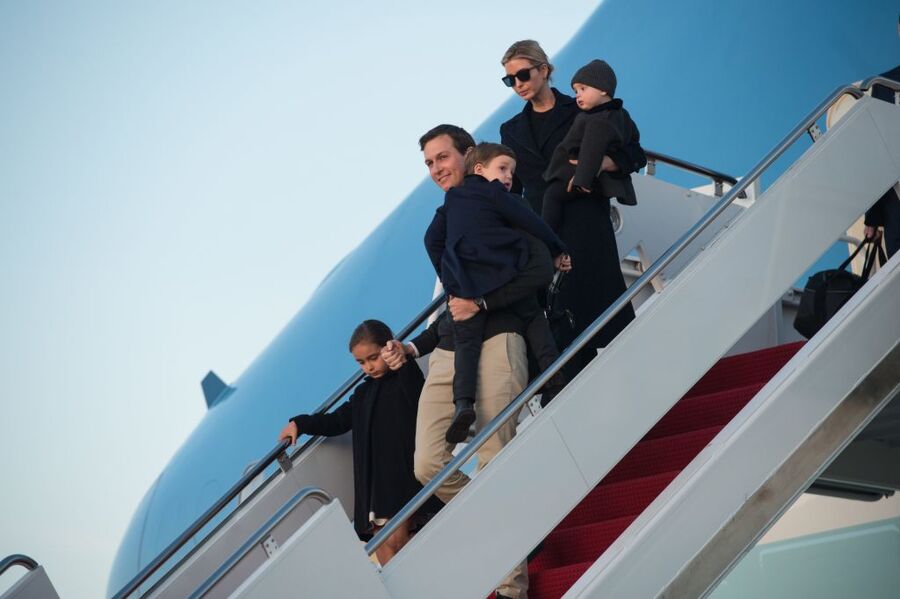 The total value of Kushner's assets ranges from $241 million up to $741 million. The full value of the family's holdings is tied to $7.7 billion of assets and $4 billion in debt tied to the businesses themselves. Ivanka Trump's assets were also detailed in the filings, including her branded apparel line worth more than $50 million. The values in the document are self-reported, with no details as to their methodologies included.

Kushner's family has been in the news after talks of  Anbang Insurance Group Co., a Chinese company, has been in talks to buy 666 Fifth Avenue, a 41 story tower in Manhattan they co-own with Vornado Realty Trust. The $400 million deal fell through. After Kushner revealed plans to join Trump's administration, his lawyers divested from assets including The New York Observer Newspaper, Thrive Capital, and 666 Fifth Avenue, with the sales going into the family trust managed by his mother and brother. Ivanka also transferred assets into a trust overseen by Kushner's relatives, but she doesn't plan to divest her ownership.

Ivanka Trump announced that she will also be taking an official role as a presidential advisor. Neither Kushner nor Ivanka will be paid a government salary.