By Brian Warner on February 4, 2015 in Articles › Celebrity News

A large percentage of the donation will be used to build a 212,000 square foot hospital extension. The extension will be dedicated exclusively to advanced pediatric care cases. The rest of the pledge will be used to fund improvements to the existing hospital's emergency center, brain institute, cancer research center and heart facilities.

In recognition of this incredibly generous donation, both the main hospital and its eight satellite outpatient centers will be officially renamed the Nicklaus Children's Hospital.

For those of you who don't follow golf that closely, Jack Nicklaus is generally considered the greatest golfer of all time. During his career, Jack won 18 major championships, more than anyone else in history. Tiger is #2 on the list of most major wins with 14, but he hasn't won a major since 2008. In fact, ever since the infidelity scandals broke, Tiger's playing has been nothing short of horrendous. Last week, Tiger had the worst round of his professional career. Last month, he finished dead last on a course that many players consider easy. 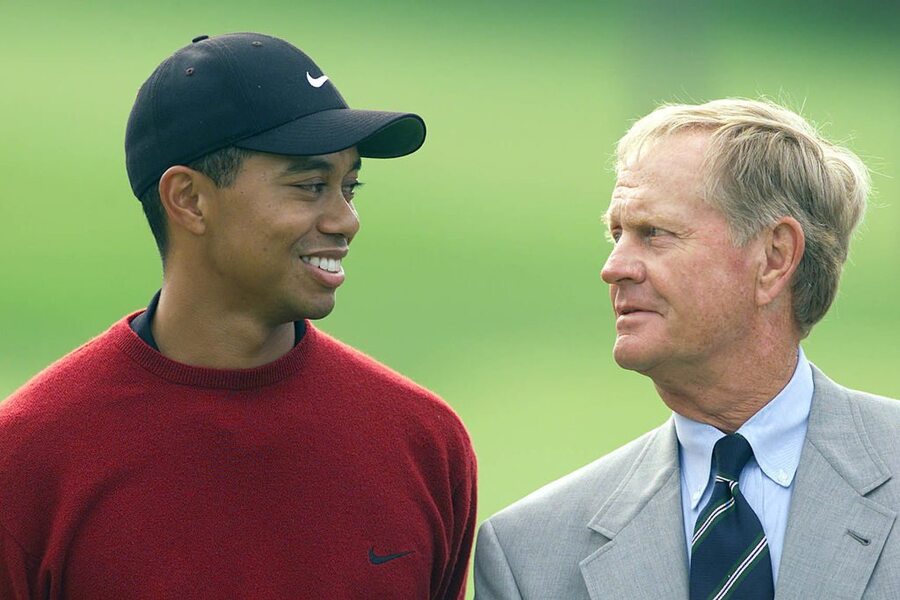 In 20 years, most people will probably remember Tiger more for his personal controversies than his golf game. Tiger is only 39 years old, yet many golf analysts are already asking if it's time to call it quits. In contrast, Jack was 46 years old when he won his final major tournament. He is also a member of the World Golf Hall of Fame and a recipient of the PGA Tour Lifetime Achievement Award.

There is a museum to honor Jack's achievements, both on and off the golf course, at Ohio State University (his alma mater). Scotland has even put Jack on a commemorative five-pound note. He is the only non-royal living person in history to appear on a British banknote.

In May 2014, the US House of Representatives passed a resolution that awarded jack with a Congressional Gold Medal "in recognition of his service to the nation in promoting excellence and good sportsmanship…[His] magnetic personality and unfailing sense of kindness and thoughtfulness have endeared him to millions throughout the world."

Jack and Barbara founded the Nicklaus Children's Health Care Foundation in 2004 with a mission of providing all children in their community with access to world-class health care, and to support innovative programs focused on diagnosis, treatment and prevention of childhood illnesses. Jack and Barbara released the following joint statement related to their most recent donation:

"The health and well-being of children have always been a primary focus for us. Miami Children's Hospital has been a wonderful partner. Our collaboration with Miami Children's Health System in serving children in Palm Beach County has led us to seek additional opportunities to make a difference. We are proud and incredibly humbled by the decision to place our family name on the hospital. To us, there is no higher calling than to help children in need of medical care, hope and healing."

So there you have it. Jack Nicklaus is a pretty amazing human being. Oh and Tiger, if you happen to read this, following Jack's example by helping the less fortunate with a portion of your $550 million net worth would definifely go a long way to rehabilitating your image and legacy. Just a thought…