It's always sad to find out that some viral celebrity has met a tragic end, and that's especially true in the case of Datta Phuge. If the name is not familiar to you, you may know him as the "Gold Man," the nickname he earned back in 2013 for the purchase of a $250,000, 6.6-pound shirt made out of gold. In a somewhat ironic end to his life, Phuge is now reported by BBC News as having been "battered to death" in a dispute over money.

According to police in Dighi, India, Phuge was invited to a birthday party in Dighi, along with his son, where he was attacked by 12 or more people with rocks and at least one pointed weapon. Phuge worked as a money lender, and it has been stated by police that it was a financial dispute that led to the attack. They currently have four suspects in custody, and one can assume that additional details of the murder will become clear as the investigation continues. As for Phuge's 22-year-old son, he is said to have been willfully spared by the men who killed his father. 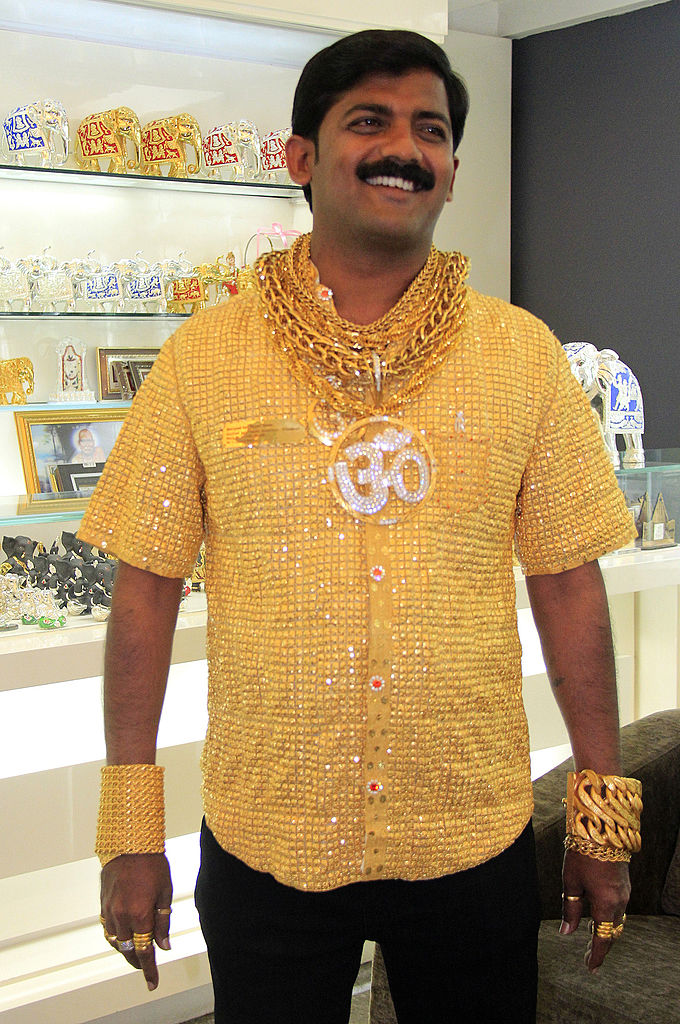 Phuge's $250,000 gold shirt was only the most famous totem of his Auric Goldfinger-like gold obsession, as the "Gold Man" was often seen with gold "signet rings, chunky bracelets, and a medallion" in addition to the shirt that made him mildly famous throughout the world. Back in 2013, he told BBC News exactly why he'd chosen to associate himself so strongly with the precious metal:

"Some people ask me why I'm wearing so much gold but it was my dream. People have different aspirations. Some elite people want to own an Audi or Mercedes, and have big cars. I chose gold."